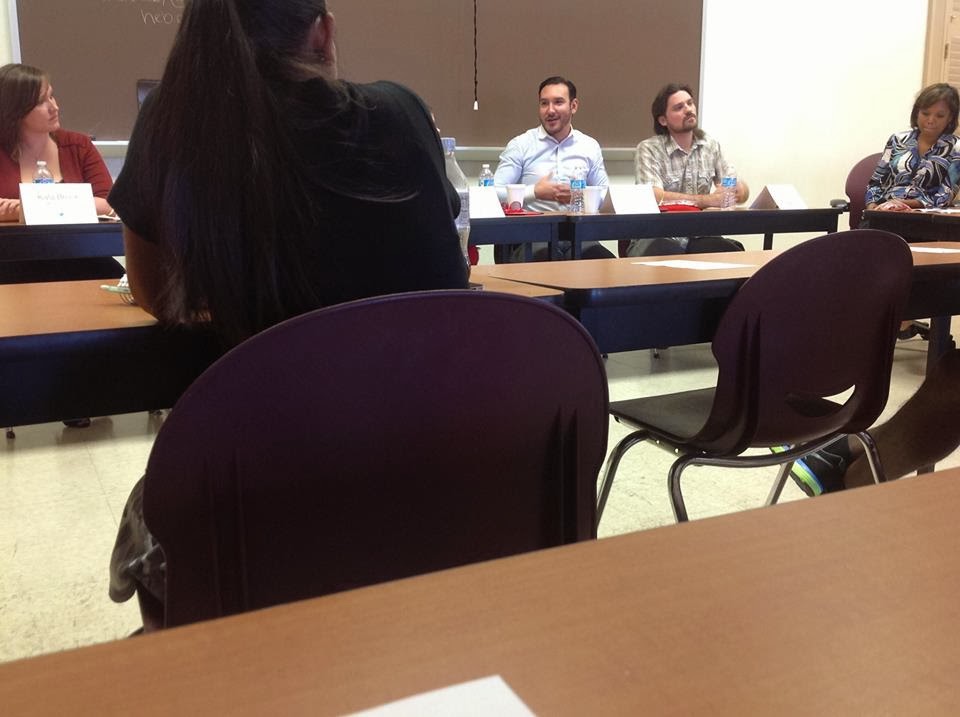 The first topic of discussion was whether or not these alumni knew what they wanted to do when they graduated from school. According to Livingston, the senior art director at T-3, he really had no idea what he wanted to do, and really was not looking at anything in particular. He simply knew what he was good at and rolled with it.

“I couldn’t really decide what I wanted to do, just wanted anyone who would take me,” said Livingston. “But I ended up being good with data, so I decided to pursue it.”

For Nick Bastress, an advertising executive at Time Warner Cable Media Sales, it was all about being patient and waiting his turn. He had an idea of what he wanted to pursue, but he also knew he would be forced to wait a little while, because that’s just how most things are. More than likely you won’t be able to snap your fingers and end up at your dream job.

“You just need to be patient,” Bastress said. “You will have to pay your dues, but always do it keeping your end goal in mind.”

The panel was then asked what the most difficult aspect of transitioning from school to working in the real world was. For Rhea Friesen, an interactive marketing specialist at  TWG Plus, it was learning to be alright with making mistakes early on in your career, because that is simply a part of the learning process.

“I learned from them, and I think that helped me improve my career in the long run,” Friesen said. You can’t be afraid to make mistakes. It’s going to happen. Now it enables me to make better, bolder calls.”

For Kala Brock, a media assistant at NEXTMedia, the hardest transition to the real world was getting used to doing the sorts of jobs that DO NOT show up in your initial job description, such as driving someone to the airport, getting them coffee or answering their phones.”

“It was hard for me to do the other stuff that wasn’t a part of my job description,” said Brock. “But you need to do it, because it’ll bump you up on the totem pole.”

“After all, you never know who you’re going to need a favor from,” Friesen cracked.

Landan Kuhlmann is a senior at Texas State University majoring in Journalism with a minor in Business Administration.