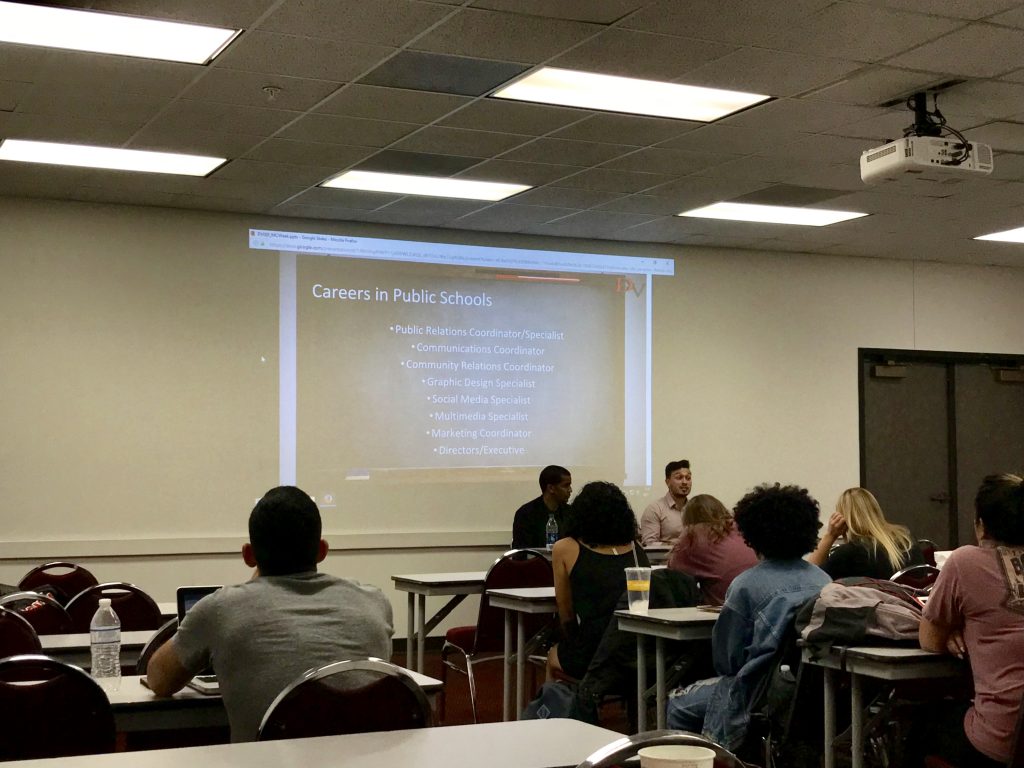 The Del Valle Independent School District serves over 11,000 students within 15 different campuses while catering to their “Whatever It Takes” attitude. Their mission is to inspire their progressive community to be world-class visionaries while thinking critically through collaborative efforts.

“It’s worth every single second,” said Rideout. “When you put that on social media, they tell their friends, and you know you’ve reached the platform you’re looking for.”

“There’s a wealth of opportunities out there for you. Seek those opportunities, make those connections,” he said.

“It plays a big part in our lives now, most parents will check Twitter before watching the news,” said Rideout.

Rideout explained how parents frequently travel and cannot make every sports game so they refer to social media to keep up.

“Parents sometimes can’t make every away game for work reasons so I’ll post photos and updates along with links to our YouTube channel with updates to showcase our community members and families,” she said.

With public relations being such a broad field, both Rideout and Arreguin expressed how important it is to maintain positive media relationships.

“Making connections with the community is part of PR,” said Rideout. “Constantly communicating with media is important but I also say to not burn any bridges by wasting time or not being able to get the media their information on time.”

The advice Rideout and Arreguin had to share with attendees who joined the session concluded all to start becoming more involved on campus.

“Start building those connections,” said Arreguin. “Get an understanding of PR and communications – start building that experience. It’s networking and sometimes we don’t take advantage of it.”

View all posts by Alexandra Cochran