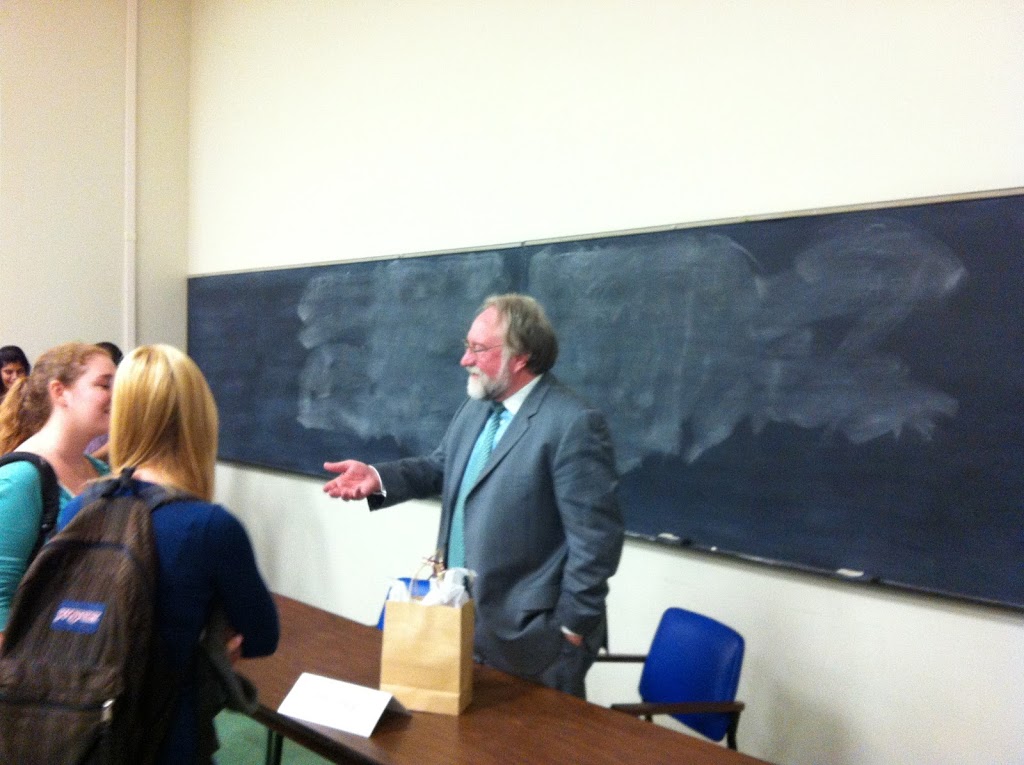 Mike Leary speaks to students after his interview on Tuesday . Photo by Matthew Alvarez

Texas State University’s Mass Comm Week continued its second day of events with Mike Leary, Editor of the San Antonio Express News, speaking to students about his historic past and the future of journalism. Laura V. Garcia was the student journalist chosen to lead the discussion as well as interview Leary.

Leary started off as a 23-year-old reporter for the Philadelphia Inquirer and has worked his way up to the Editor he is today; within that time Leary said there has been a big change in readers. Something many border newspapers, and even the Express-News has to take into consideration.

“Our audience is changing,” Leary said. “People coming from Mexico are now our potential readers and many of them speak very good English.”

Leary went on to speak about the evolution of the newspaper to an online publication available on a smart phone or tablet device. Leary expressed how he enjoys reading the Express-News through his iPad, but getting online subscriptions is what newspapers are concentrating on. Leary explained the importance of having a certain amount of subscribers for a newspapers survival, and why they are changing what content will be available for the Express-News in the coming year. Leary said that not all stories will be accessible to non-scribers but people who do subscribe will have complete access—a growing trend that many newspapers across the country offer today.

Leary briefly spoke about his leadership in the group effort that won the Philadelphia Inquirer a 2012 Pulitzer on school violence. He described that while the field of journalism is constantly evolving a reporter may have to stop and see why they chose this as a career. And at least for Leary, reporting the story is more of a humanizing effort.

“I think you want to see the world a better place. You see something that any reasonable person would think is not right,” Leary said. “So reporting on it and showing what is going on results in positive change—that is rewarding.”

Mass Comm Week will continue with panels and discussions through Nov. 1.