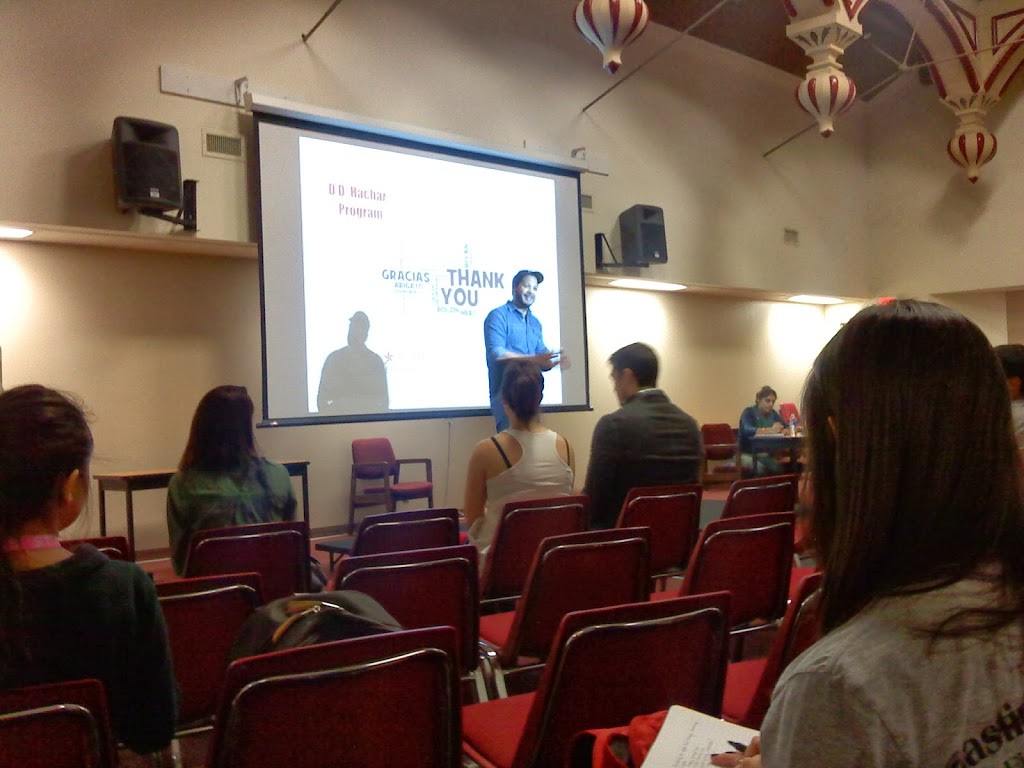 Through the Community Cinema outlet, speaker Sergio Carvajal-Leoni explains how and why technology can easily be acquired to serve the needs of the user.  During the course of the speech, given to an auditorium full of students in accordance with Mass Comm Week, Mr. Carvajal explains the “whats” and “whys” of his journey through many careers in the entertainment industry that lead him to his current occupation.

Mr. Carvajal is a transmedia storyteller with knowledge of many experiences from different areas of the entertainment industry.  He has worked with music, film, games, and interactive media, and uses his combined experience to produce award-winning works.  He has been part of many well-known events such as SXSW and Traverse City, displaying documentaries, narratives, and experimental shorts.  In 2012 he established his own business in San Marcos where he works on his first feature film “Tiramisu for Two,” a bilingual story in both english and italian.

During the course of his presentation, Mr. Carvajal discusses first the why’s of development.  “It doesn’t have to be that way.  It can be that way, but it doesn’t have to.” Sergio says as he introduces his audience to the fundamental lessons he has discovered in his career.  Upon expansion he describes examples and scenarios that further help solidify the meaning in his fundamental message.  As the speech progresses, he explains what it is that those who work with media end up achieving.  “When we create media,” says Sergio, “we are selling advertisement.”  The speech then begins to come to a close, and Sergio offers the final piece of wisdom he has learned when he says, “Once you have a need, technology will come into place and fill it.”  Mr. Carvajal gives examples for how technology has changed and become easily accessible and useful for everyone, and that it can perform any task that the user requires of it.