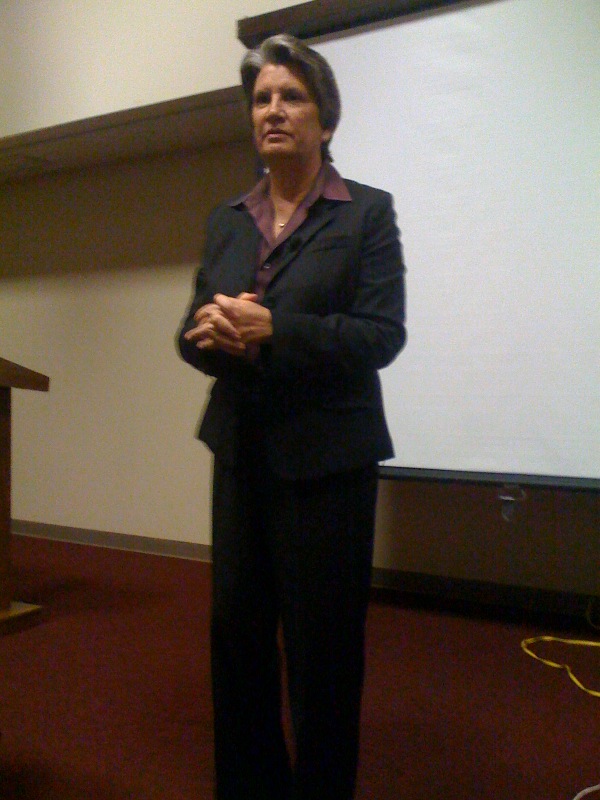 A great deal has changed in the media industry during the past 30 years and Patti Smith, the president and general manager of KVUE-TV in Austin, has been there for much of it.

Smith spoke to students and faculty at Texas State University in San Marcos during the School of Journalism and Mass Communication’s annual Mass Communication Week, an event that brings professionals to campus to discuss mass media trends and issues.

Smith’s speech, “Past, Present and Future of Television News,” was given to a crowded room of students.

“Public service is absolutely paramount,” Smith said. “If all you want to do is make money, you should maybe think about doing something else.”

Many students were interested in the future of the television news industry and if jobs would be available for them upon graduation. Smith continually reminded students to stay ahead of the curve and be proactive.

“This is one of the most rapidly changing industries in the country,” Smith said. “The most passionate, dedicated individuals will get the jobs.”

Smith said she has a wide array of applicants to choose from and that most of them are female.

Questions of economic climate change, industry cutbacks and job losses continued to pour in during the session. Smith tried to remain optimistic but many students were obviously concerned.

“My plan is to see if I can even get a job at all,” said Haley Howie, a sophomore electronic media student at Texas State. “It’s scary. Hopefully I will be able to figure something out.”

Several students sympathized with those sentiments.

“She [Smith] was probably more optimistic than I am,” said Mike Strahan, a graduating senior at Texas State.

Themes of optimism, passion and dedication were injected into the speech throughout. Smith encouraged students to work hard and build strong connections in order to achieve success in the news business.

“News here is run like a business,” said Smith. “And it’s the finest news business in the world.”