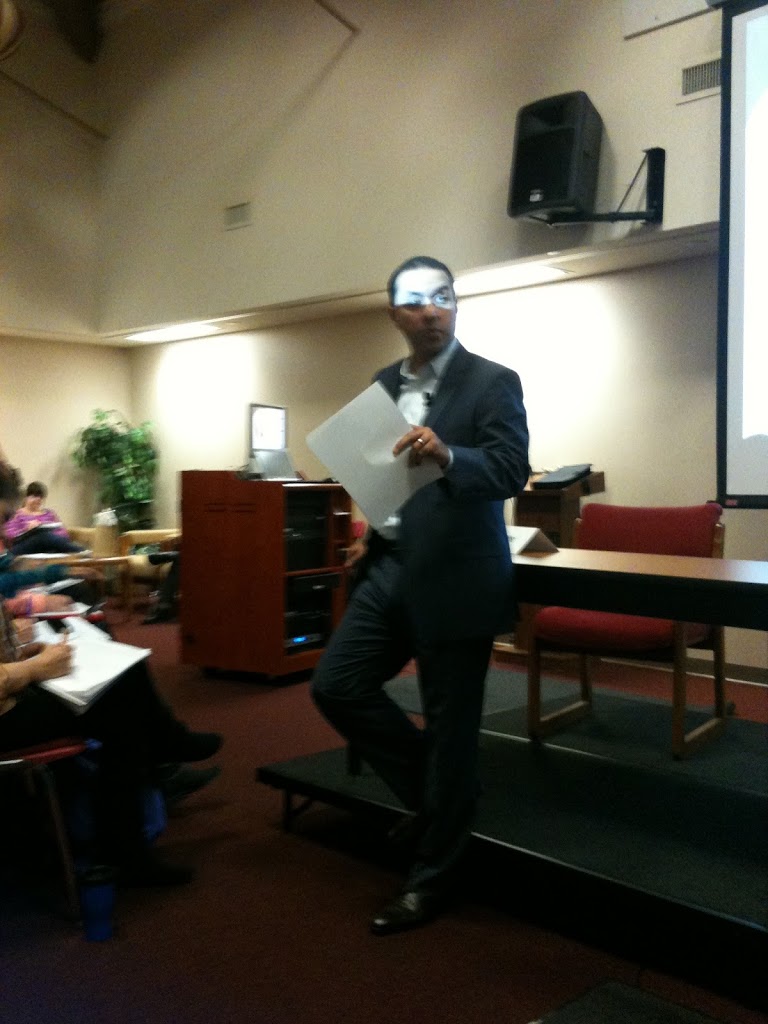 Luis Patino discusses the emerging Latin culture in the media

Luis Patino, Univision Senior Vice President, brought Latino spirit in Old Maine earlier this afternoon discussing Hispanic’s involvement with politics and the future for Latinos in media. There are about 50 million Latinos in the U.S yet only 14 million are registered to vote. Univision does as much a possible to bring awareness to Latinos to exercise their rights whether it’s becoming a citizen, registered voter, or actually voting.

Univision and ABC will begin a partnership in late May with a 24 hour news station. It will cater to both the Spanish and English speaking Hispanic as well as non-Latinos by meeting in the middle. The station will allow new generations to be part of a whole new station. Texas State Junior Adam Orti says, “I feel the Latin communities are a big deal especially in Texas where they make up a majority of the population. I will watch Univision and ABC because I will be able to understand what they are saying.”
The first Spanish television station began in San Antonio and the second in Los Angeles. Univision in LA is the most watched TV station in the country. The have recently changed their logo to have a better representation of the changing ways of the station and it’s media. The new logo shows a 360-degree perspective. Luis Patino claims Univision is changing for the better, “Univision is moving beyond what was your mother and grandmother’s station.” The station is also available on multiple platforms to keep up with society’s changing pace in the media. Patino has high set high standards and wants to get to a point to where everyone watches, “Our goal is to be the number one media company by 2016.”

Many students walked away feeling they had a better idea on what to expect for the future in the media. A person can’t just expect to get in front of a camera and just read the prompter. They should know how to edit, work the camera, and write scripts and so much more. In his session, Patino described how we are moving to a whole new field of predators. He describes predators as workers that are able to do multiple tasks. Texas State Senior Daisy Saenz claimed it was eye opening for her, “ I would not have paid attention to things had I not gone.” Many students whether Latino or not gain a whole new perspective on Univision and the media.