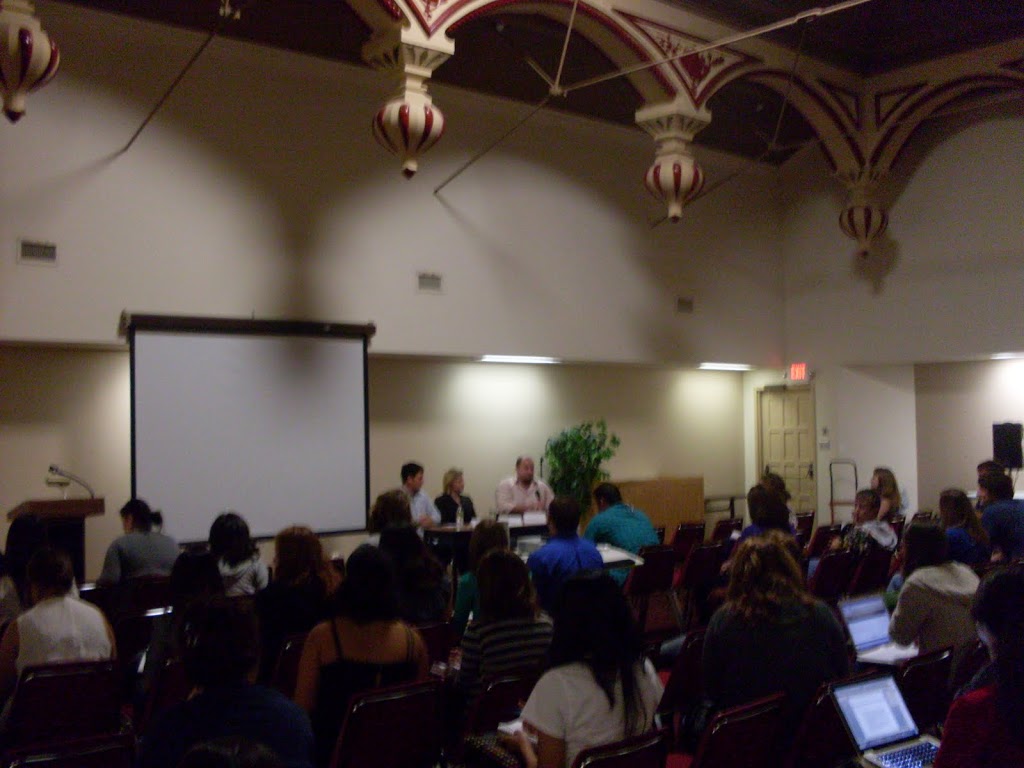 WOAI Reporter Leila Walsh, Graduate Student Dale Blasingame and Austin American-Statesman Writer Patrick George spoke on the convergence of multimedia on Monday, covering all aspects of the “multi” from the traditional radio, television and print to the social facebook, twitter and blog.

In an industry that is constantly shifting and reshaping how it is distributed and received by the public, students can’t help but wonder: Where is this going and what is it going to take to make it?

“As long as there’s someone out there who’s got the skills to gather the news and tell the story through whatever medium it takes, whether it’s through television, radio, print or blog, someone has to have the ability to do that,” George said. “That’s why journalism is always going to be relevant, regardless of the format. The media needs someone who can report accurately, truthfully and fairly, every time.”

Blasingame, graduate student at Texas State University-San Marcos, recalled his days as an undergraduate at the university, recounting some of the very same fears that many current mass communication students approaching graduation are now facing.

“I wish I could go back to that time period, because I have no idea what was going through my head,” Blasingame said. “I was about to graduate with no job and no prospects. Essentially, I worked from the very bottom to the very top.”

An Emmy Award winner and former producer for WOAI-TV in San Antonio,  Blasingame went on to describe the skills he felt that helped direct him to professional success. Along with deadline management and the ability to handle large amounts of stress, Blasingame emphasized (and print students are relieved to hear it) the effect of exceptional writing skills.

“Writing is by far the most useful skill,” Blasingame said. “If you’re a good writer, you can overcome a lot.”

As to those two simple questions: Where is this going? What is it going to take to make it out there? Walsh, reporter for WOAI-TV News 4, offered up her views.

“How are people getting their stories?” Walsh questioned. “Where is this industry going? I don’t know. What does it take to make it? You gotta love it. This has to be your life. We work holidays. We work 10 to 12 hours straight. You have to love reporting.”

As to Making it in the World of Media, Walsh summed it up eloquently.

“The industry is changing. But I think there will always be a need for a good story.”