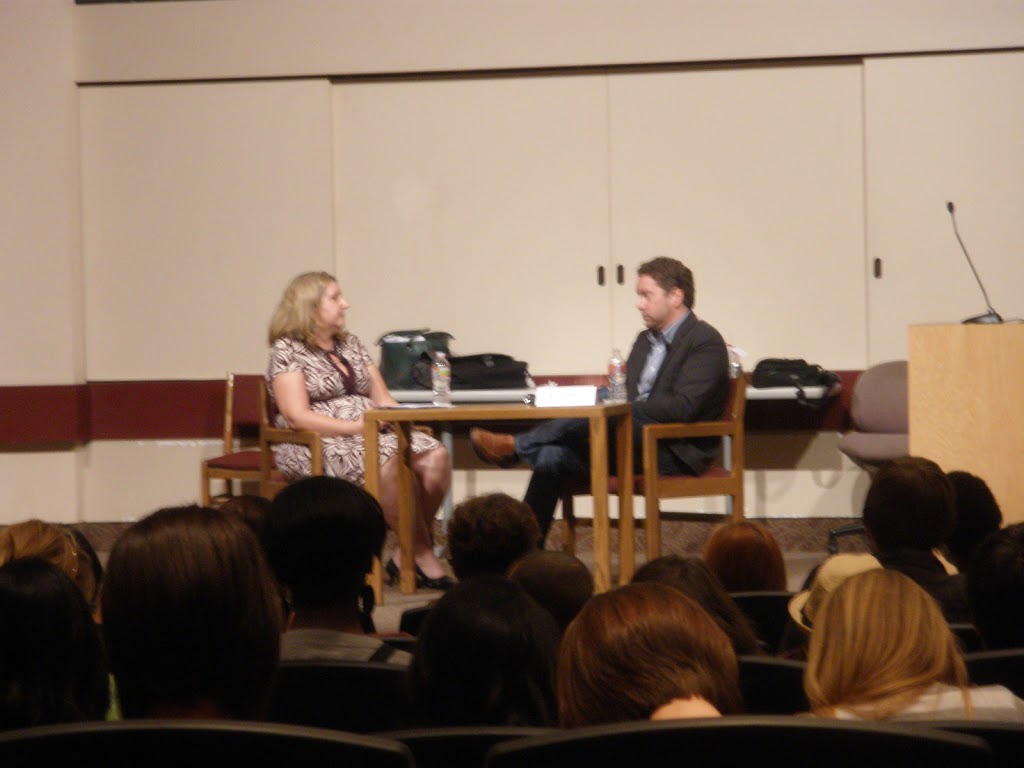 As one of the pioneers of new age entertainment, Burnie Burns has multiple job titles under his belt. After creating Red vs. Blue with friend Matt Hullum in 2003, the web series quickly grew in popularity and is currently in its ninth season.

In addition to creating the series, Burns helped create Rooster Teeth Productions, a company that specializes in creating “machinima,” a style of film making that uses computer graphics (usually from video games) as its basis.

“We basically use video game characters as puppets,” Burns said.

Unlike in 2003, video footage is now constantly being uploaded to hosts like YouTube. Burns believes that this has served as a hindrance to those who are seeking recognition for their own uploads, and has subsequently required social media to become a more significant part of the post-creation process.

“It used to be that if you made something awesome, people would find it,” Burns said. “Now you need advertising, so take advantage of tools like Facebook or Twitter.”

Since the creation of Red vs. Blue, Burns and his team have hit many milestones. With the ninth season of the series wrapping up within the next few months, Burns is preparing for the future.

“We plan to make ten seasons,” Burns said. “A web series has never done that before.”

“There’s no way to know if something will hit and there’s nothing wrong with getting things done and putting them out there,” Burns said. “You never really realize how many people like the same things you like.”