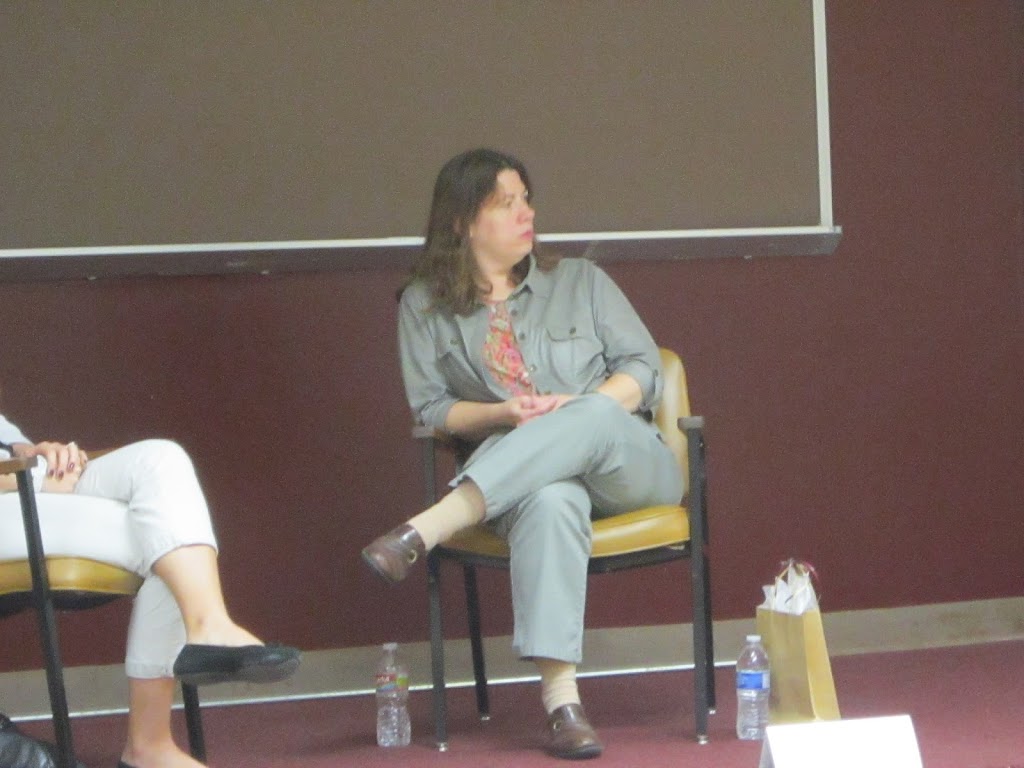 By Casey Torrance and Jordan Dusek

Hiott was a student at Texas State and graduated in 1992. She now serves on the advisory board for the University Star, where she was once editor. She said she loves coming back to Texas State to speak to students.

“Every time I come back I’m really impressed with the movement of the program,” Hiott said. “It’s the kind of thing that will help prepare you for a newsroom like ours.”

Hiott started off as an intern working for the Statesman while attending Texas State. After graduating, she continued at the newspaper as a reporter for eight years and moved on to several editing positions. She was recently named editor in 2011.

Beth Clark, a professor at Texas State, asked Hiott if she ever imagined herself becoming editor.

“I wanted to be a reporter,” Hiott said. “That’s all I ever wanted to do. The idea of being an editor was just the farthest thing from my mind. I’m as surprised as I can be in this position, but I love it.”

Hiott addressed concerns that many journalism students have about the industry by giving advice and tips. Kevin Stockwell, journalism senior, is one such student.

“I’m a little nervous of where I’m going to land post-graduation,” Stockwell said.

“The big thing is to be active, do something now.” Hiott said. “It can be your own blog. Having something that you can show is the biggest thing. You need to find out what you can do.”

“I think it must be gratifying to know that you’ve made a difference,” Clark said.

Hiott can be followed on Twitter and the Statesman can be found online.