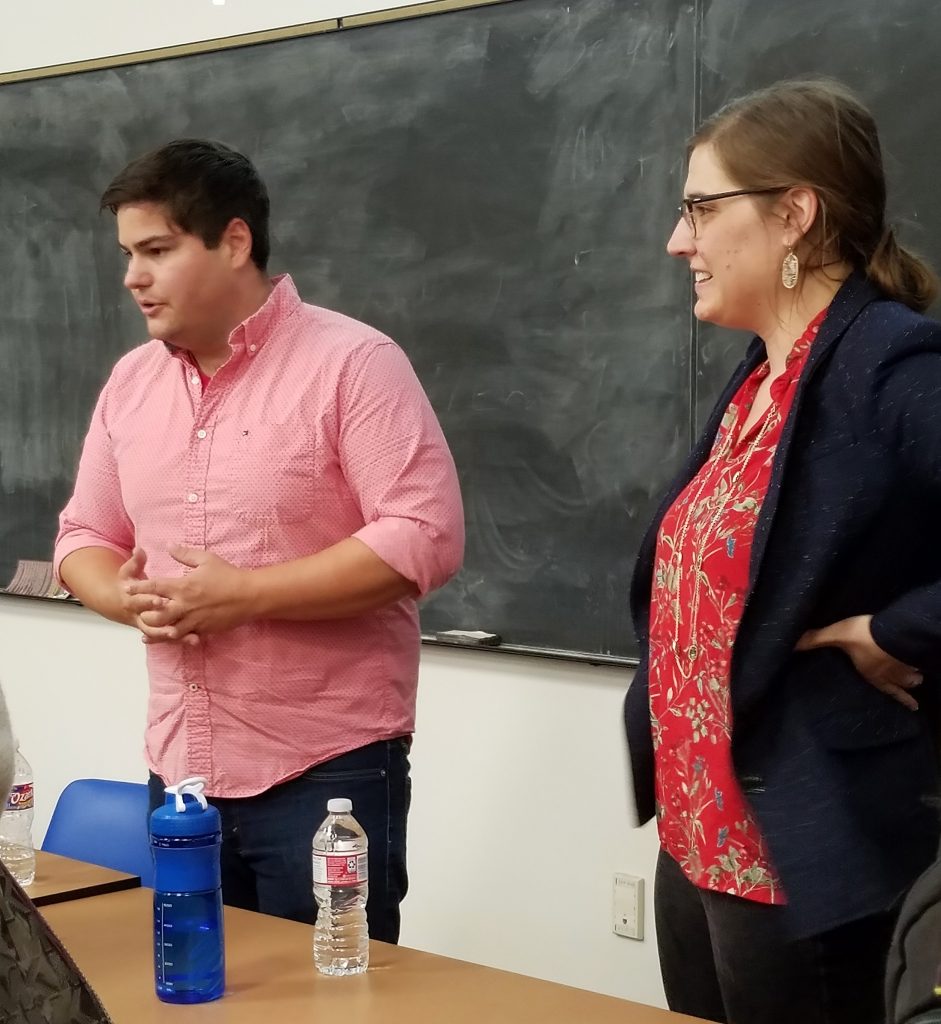 Local Texas journalists spoke to Texas State University students to explain what it was like to cover Hurricane Harvey. Jill Ament from Texas Standard and Chris Davis from KXAN were the speakers; John Salazar was supposed to be part of the discussion, but he was out sick.

The chat came as part of Texas State’s Mass Communication week, a week-long conference designed to highlight areas of working in the communication field, as well as connect students to professionals in the field.

After giving some of their personal background, the conversation settled on Hurricane Harvey. Though the storm made landfall on Aug. 25, the ramifications are still being felt.

“Harvey’s here to stay for awhile,” said Davis. “The storm is really just the beginning of it. There’s a lot of rebuilding.”

Both journalists said they feel responsible for continuing to cover major news events like Harvey.

“It’s our duty as local journalists to stay on those stories,” said Ament.

Davis added that KXAN produces at least one Harvey-related story every day.

“We want to keep this in the conversation for as long as it needs to be there,” he said.

The two journalists went into specifics about their coverage of the hurricane; Davis’ coverage was localized, while Ament had a statewide focus. Davis was on the ground in La Grange when Harvey hit, and used the opportunity to produce news stories that would compel people in nearby cities like Austin to care about the small town. Ament sought out resources that would assist people across Texas. Both emphasized the importance of being supportive to the community.

“You have to be a person first,” said Davis. “That’s your primary responsibility.”

“What it all comes down to is public service,” said Ament. “I see journalism as a public service. It’s about serving communities.”

To illustrate Ament’s point, some students were appreciative of their work covering the hurricane. Falan Casanova, public relations senior, felt a personal connection to the coverage.

“Hurricane Harvey did a lot of damage to my hometown, so it’s interesting to me.”

Students like Brooke Vega, public relations senior, went into the discussion without a clear idea of what would happen.

After the discussion, Vega said she enjoyed the content of the chat.

“I thought it was cool that they both look at the personal sides of news stories,” she said.

View all posts by Mikayla Jendrusch