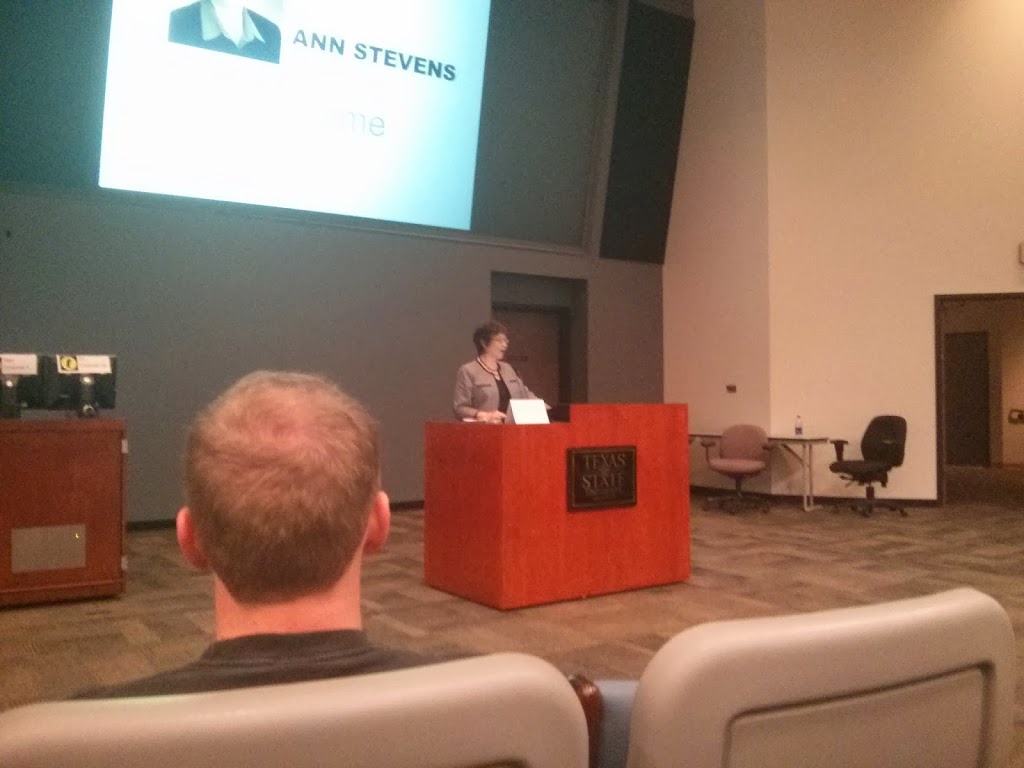 Life is a crazy adventure, and no matter how sure you are about your future career, it may take an unexpected turn, for better or for worse.
For Ann Stevens, President of BioMed SA and Texas State University alumna, her passion in journalism not only changed her life, but it also expanded her career to heights she could have never imagined, and all because of the skills she learned from school and journalism.
Coming from a family who valued reading, writing and education, Stevens was a first-born child and knew what she wanted to do in life since 5th grade, even starting her own class newspaper. Once she reached high school, she became an editor her senior year of the San Marcos High School newspaper, The Rattler. She graduated from high school in 1969 and knew she wanted to go to Texas State and write for The University Star, so she immediately signed up.
“Back then all journalism majors were required to work on The Star at least one semester as a lab experience,” said Stevens. “But for me it was calling.”
She worked on The Star for all four years she was at Texas State, being one of the first freshmen to be named section editor. She covered student protests and even expanded coverage to San Marcos and not just the University. Her senior year she was also named managing editor, learning to work closely with her peers.
“I believe that the underlying message of my life has actually been about collaboration,” said Stevens.
Her knowledge and experience took her from working as Director of Corporate Communications at Harte-Hanks, Inc., to Director of Corporate Communications and Investor Relations at ILEX Oncology, Inc., San Antonio’s first biopharmaceutical company.
Stevens knew nothing about science, so she believes she was able to get a job at a biopharmaceutical company because she had the right skill set. Along the way she would learn about this new industry and help encourage the creation of BioMed SA in San Antonio, formed in 2005 by former mayor, Henry Cisneros.
“One of the things that really surprised me about Ann Stevens…are her leadership qualities,” said Charles Kaufman, Senior Lecturer at Texas State. “Because she’s delved in many of those aspects of public relations and media even though she started out with the single vision of just being a good, hard-nosed reporter.”
Leah King, a senior public relations major, thought Stevens’ story was interesting because she went from being just a reporter to helping form a company.
“My minor is actually health administrations, so it kind of made me think maybe I could go into what she’s doing,” said King.
Christopher Salinas is a junior journalism major at Texas State University
Contact: cjs132@txstate.edu