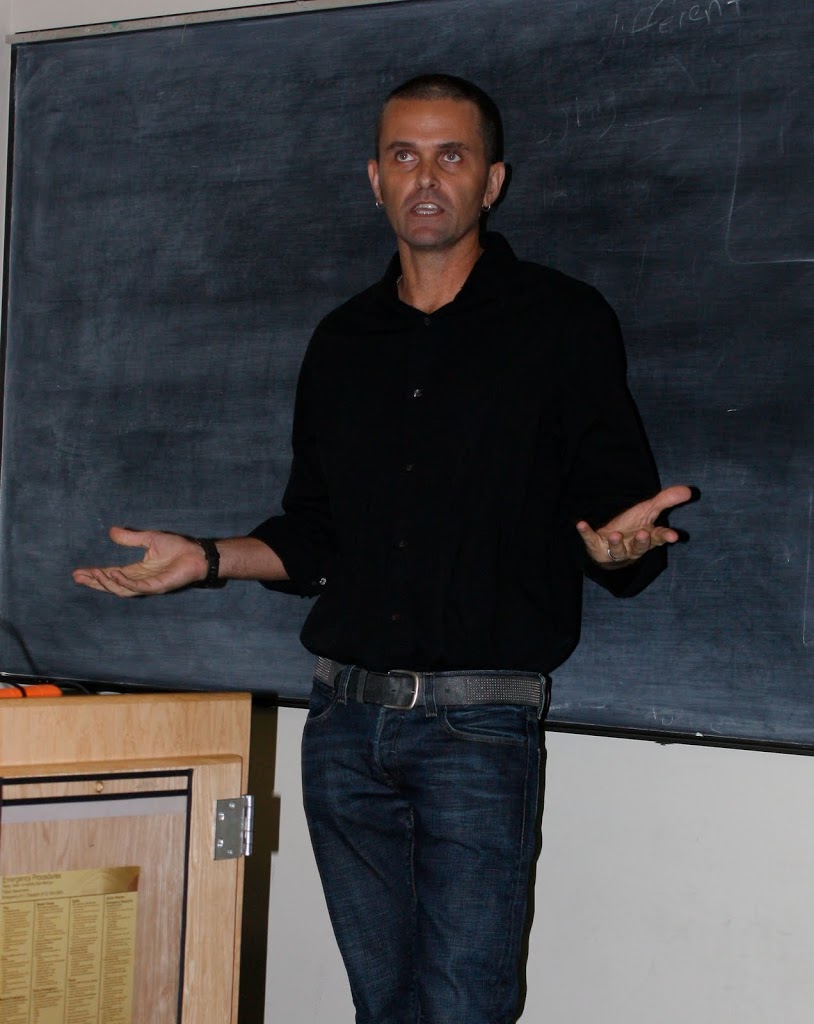 By Jackie Salinas
Some may not remember what television was like 20 years ago, but Greg Neal does. Television network consultant Greg Neal presented his long-time expertise of working in television and explained why branding is so important.

Neal began his presentation by explaining that the visual aspect of a brand is where the components of branding come in.

“Writing is super-important, but so are images,” Neal said.

He pointed out that the basic element of branding is a logo because logos identify a brand. Since there are several logos for brands, picking one that stands out will prove to be more beneficial. Logos are important because people remember them.

“I like to think of logos like people: people like to be called by their name, versus a vague description. Logos are just a quick way to identify a company,” Neal said.

Neal said what makes up a corporation’s identity are the visual aspects that form a brand. He said when thinking about identity, there is a logo, and also collateral which is business cards, letterheads, signage, and packaging-anything visual for a business.

“Anything that has a cool look and feel. However, you can have a good identity, but that doesn’t mean you will have a good brand,” Neal said.

He then asked the audience to think of companies that have strong brands and logos. People responded with McDonald’s, Apple, Nike, and Disney. Neal’s examples were also Apple, as well as Ikea, BMW, and Southwest Airlines. He said that the key element in their success over the years, is consistency in creating an emotional and passionate connection with consumers through their logos and advertising whether it is with spots on TV, or through their collateral. He explained the importance of branding, with an example of how he has seen people camp out at the Apple store two days before the release of a new product.

Neal then discussed how branding relates to television. He said that television is changing because now more people are cherry-picking TV shows with digital video recording services such as Tivo. He said there are two questions to strategically consider when working at a cable network: how do I keep people from recording shows, and how do I create an emotional connection?

Neal listed HBO as a good example of a network that is consistent and creates a standard of TV. He believes people tune into HBO not just to view a certain show, but just to see what is on and this is what people in the creative or branding departments do. A great deal of money is spent marketing and creating imagery spots that help elevate their brand. HBO offers spots on TV which are mostly comprised of characters they create in their shows, thus creating an emotional connection with viewers.

Neal explained that it is not all about whether a spot, ad, or logo is good, the more important question to ask yourself is, if it is good for your brand. He thinks that networks such as F/X and Bravo are up and coming brands which really have a point of view and are consistent. He also believes these channels to be good examples of instances where people are tuning in just to see what is on and this is what makes branding successful.

As for those interested in this type of career path, Neal offered wisdom and hope. He said when offered a job, take it, however at the same time stand by what you believe in. He warns that safe decisions are dangerous in this career because you will be unhappy and become bored with your job. He also explained that since technology is constantly shifting, most future generations of graduates will end up keeping jobs that have not even been created yet. He advised attendees to always have new ideas to offer and keep being creative.