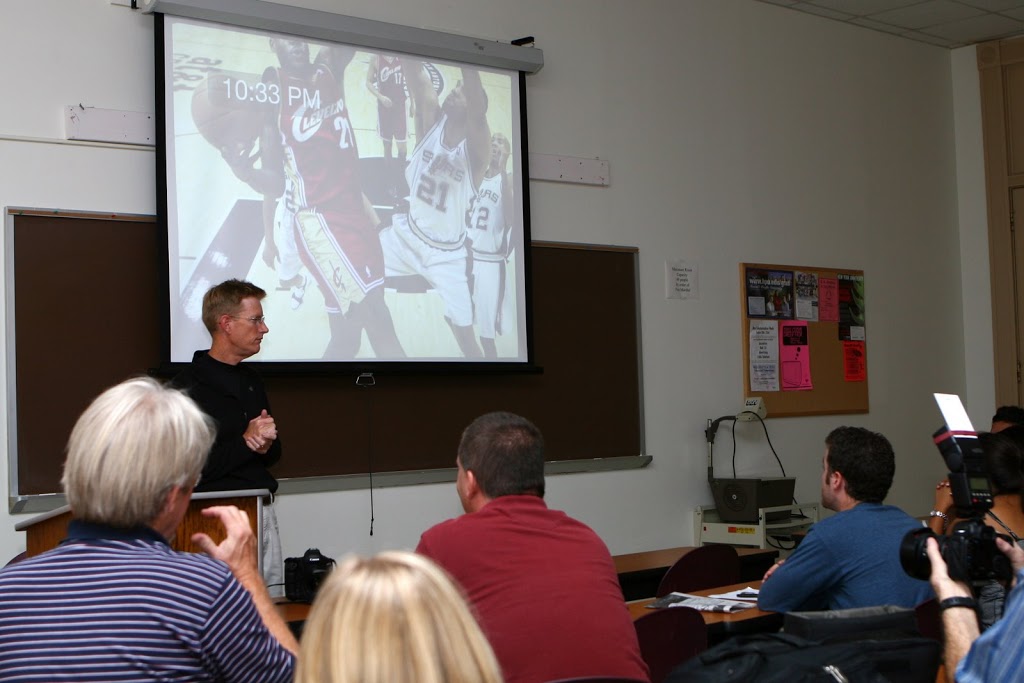 “One ingredient in anything you do is love.”

Eric Gay stated this yesterday during his visit to Texas State for Mass Communication Week, and he certainly loves what he does.

For Gay, his love for photography has flourished into a career with the Associated Press that is now in its third decade. Between regularly shooting the San Antonio Spurs and covering historical events including Columbine and Hurricane Katrina, Gay has experienced almost everything since beginning as a photographer for his high school’s yearbook.

In 2006 Gay’s ability to tell stories through photographs landed him among the finalists for the Pulitzer Prize. His nomination came as a result of his work during Hurricane Katrina.

When asked how to cover events of mass destruction such as Hurricane Katrina, Gay credited much of it to patience.

“A lot of it is just patience, planning and a lot of luck,” Gay said. “Remember your skills – shoot high, shoot medium, shoot wide, shoot the details.”

But more importantly, Gay stressed that photographers should avoid getting caught up in the destruction aspect of the event.

“What people care most about are people,” Gay said.

“I still do this because I love it,” Gay said with a smile.