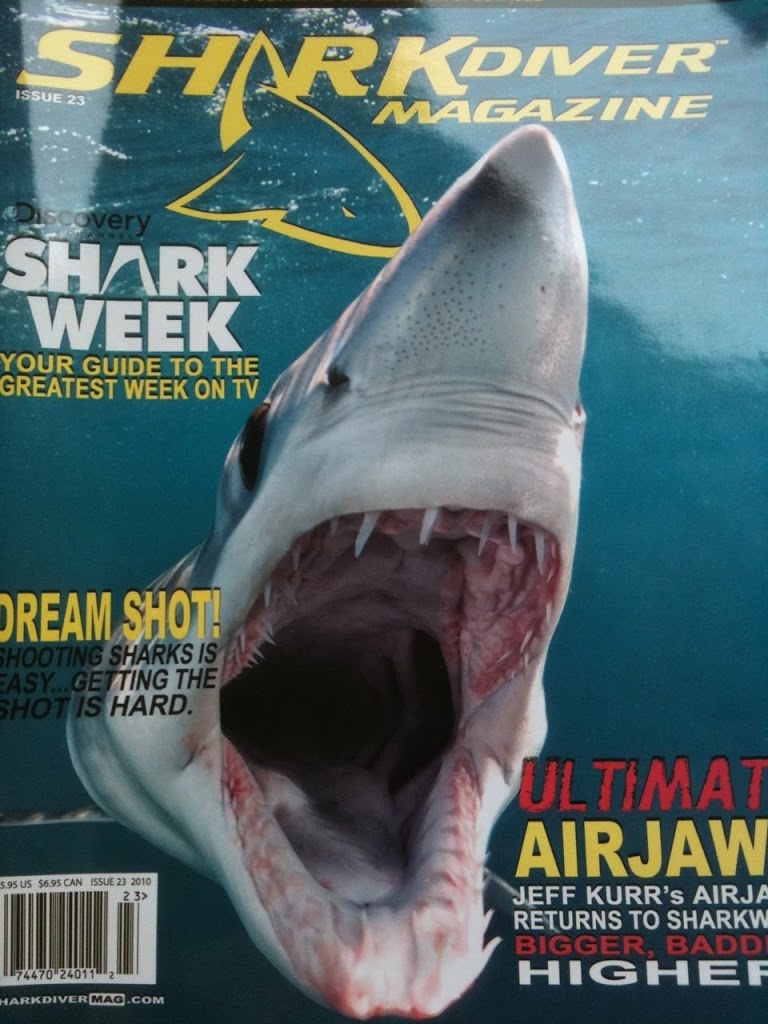 The idea seems insane to most, but to Eli Martinez and his Shark Diver Magazine staff swimming with sharks is a chosen career path, and one they love deeply.

Martinez, the magazine’s founder and driving force, has been an adrenaline junkie for as long as he can remember. Long before he found his passion for sharks, extreme sports allowed him an outlet for his thrill seeking personality. Growing up in the Rio Grand Valley in the southernmost region of Texas, Martinez fell in love first with bull riding. While his passion for bull riding remained, like most thrill-seekers, Martinez was always looking for new adventures.

After a few years on the rodeo circuit he began searching for opportunities in extreme sports that would not only feed a growing appetite for excitement, but allow for a sustainable career. Months of diligent research led him to a quite different large and dangerous animal – a shark – and to the field of journalism, which he knew little about.

Martinez had always been a fan of action sports magazines and was disillusioned by conventional diving publications, so his mission was simple – create a shark diving publication with more of the flare present in surfing, rock climbing and skate boarding magazines. The emphasis would be on thrilling the reader by placing them in the water with the sharks through use of vivid and up-close photography. There were plenty of publications focused on the informative side of marine life and sharks, but none brought the reader closer to the action than Shark Diver Magazine.

Martinez believes in letting the photos do most of the talking and that’s why he assembled a team of four divers, including himself, who shared his passion for adventure and nature. They are the providers of what has become the backbone of the publication – breathtaking action photos. With no protective cages, the divers swim side-by-side with the sharks, and in some cases even hand feed them. While Martinez understands that the creatures have the potential to kill, he sees the beauty before the danger.

The ultimate goal of Shark Diver Magazine is two-fold Martinez says, “To do our part to help sharks survive for generations to come, and to take our sport to the next level.”