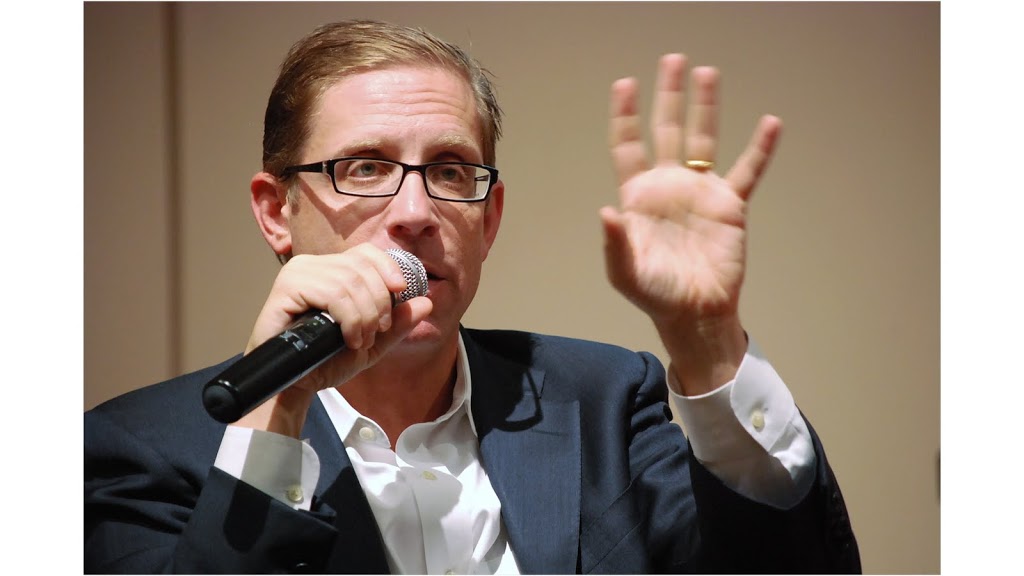 Evan Smith, editor in chief and CEO of the Texas Tribune, addressed students on the value of public-supported media within the scope of a changing Journalism industry during Mass Comm Week Monday.

Smith said that the type of public service journalism that needs to be done daily suffers under the economic model of newspapers.

As newspapers are shrinking and the quality of journalism goes down, alternative news sources are emerging to help solve the problem.

“You look at your basic newspaper, it’s very thin,” Smith said. “There are fewer papers, fewer reporters, fewer pages than there were 20 years ago.”

Smith said newspaper editors and publishers are choosing to exclude vital content because they think nobody cares about it.

“Well, nobody will care unless you cover it,” Smith said.

Public-supported media can pick up where other news outlets leave off.

“If the for-profit model doesn’t work, we need to create a new model to do the job,” Smith said.

“The fact is, when I grew up you watched TV news, you read the newspapers,” Smith said. “Newspapers then weren’t publishing so much crap disguised as news.”

Texans are facing compelling issues that affect the health of the state.

“I look at those issues and I think that’s the stuff that should be on the front page of the newspaper,” Smith said. “It’s what we in our communities should be talking about.”

Smith said he is attempting to resolve the problem of low engagement in Texas by giving people good, reliable information.

The Houston Chronicle and the San Antonio Express-News, both newspapers owned by the Hearst Corporation, have three people combined covering issues at the capitol, Smith said.

“We’ve all gotten accustomed to the culture of free,” Smith said.

“The alternative is to pay for the newspaper and have it show up on my doorstep, but everything in it I could have found out today, free,” Smith said. “Why would there be an increase in circulation in that situation?”

Despite declining newspaper circulation, Smith quelled fears students may have entering the communications field during a time of instability.

“I’m very hopeful about the future of journalism right now,” Smith said. “Because it is exactly at a moment of unrest, change and disruption, that opportunities present themselves.”