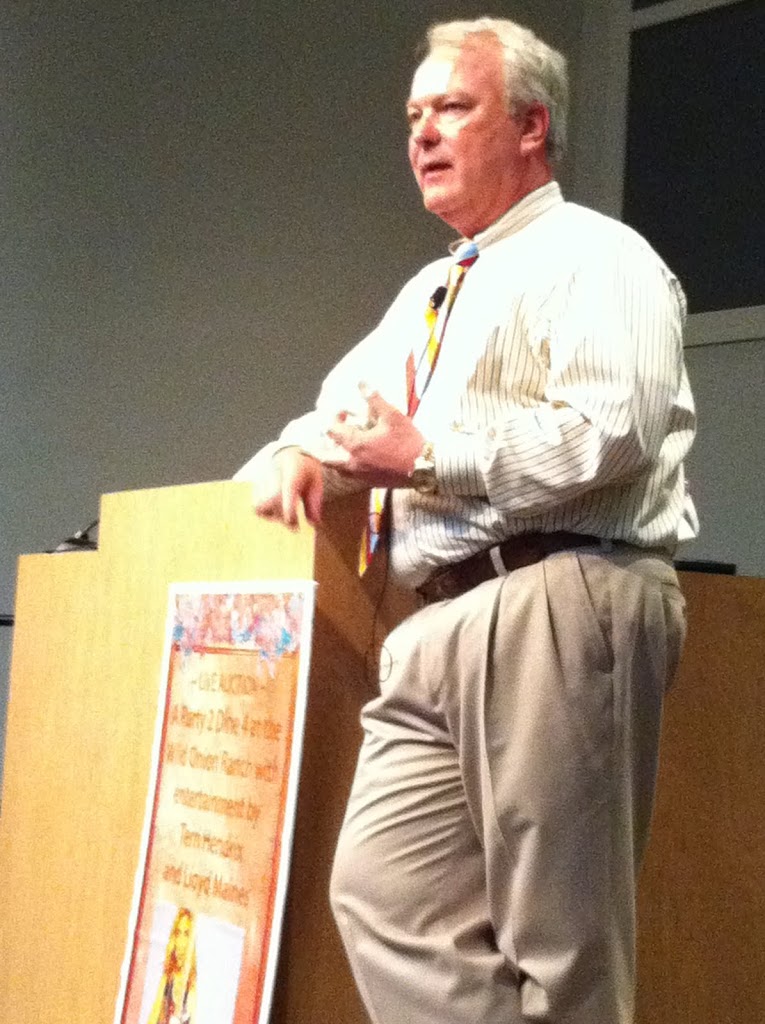 Gilley shows what goes in to planning an event

By Brittany Martinez
Event planners doesn’t just plan a wedding, they do so much more.
Kevin Gilley, who is currently working for the College of Fine Arts and Communications planning department, feels that event planners are more than just wedding planners.
“It’s so much broader than that,” Gilley said. “That’s kind of what I wanted to get across- it’s very broad. There’s a lot to it, you could be in the tourist industry, or you could be a wedding planner. There’s a lot of different opportunities out there.”
The speech was held in Centennial Hall’s theater room, and was packed with students from all departments.
Texas State senior Yola Sakr said she learned a lot about some ideas for planning her own events since she has five acres of land that goes unused.
“I could maybe lease out my land for the purpose of people using it to have their own events,” Sakr said. “The main thing I learned from this speech was of all the great ideas I could do from this topic.”
Gilley gave his presention over what goes on, what’s needed, and how to plan an event. It is a tough job that can sometimes require over 100 hours a week, he said.
Gilley talked about some of the events he planned, and how they turned out. One event was the Jones and McCoy wedding at McCoy ranch, which had the audience in awe at the pictures Gilley showed on the screen.
He received many laughs from the audience during most of his personal stories involving planning an event, especially weddings, but did provide a warning:
“Choose wisely if you go into wedding planning,” Gilley said as the audience laughed.
Foreign exchange student Youna Cho said she never knew there was a way to have a career out of planning events, such as weddings or birthdays.
“I’m from Korea so I don’t know American events,” Cho said. “I learned, though, what it takes and how much it costs and how it is brought forth.”
Gilley informed students of the importance of personal affiliations, organizing staffs and having volunteers. Also, he said to always have a checklist because you don’t want to lose track of what you’re doing and to keep up with event deadlines.
“Make your checklist your bible,” Gilley said.
For students interested in being involved with planning events, Gilley said he highly recommends SEPA.
“It (event planning) is really one of the fastest growing professions in the nation,” Gilley said.
jonzmikly
0