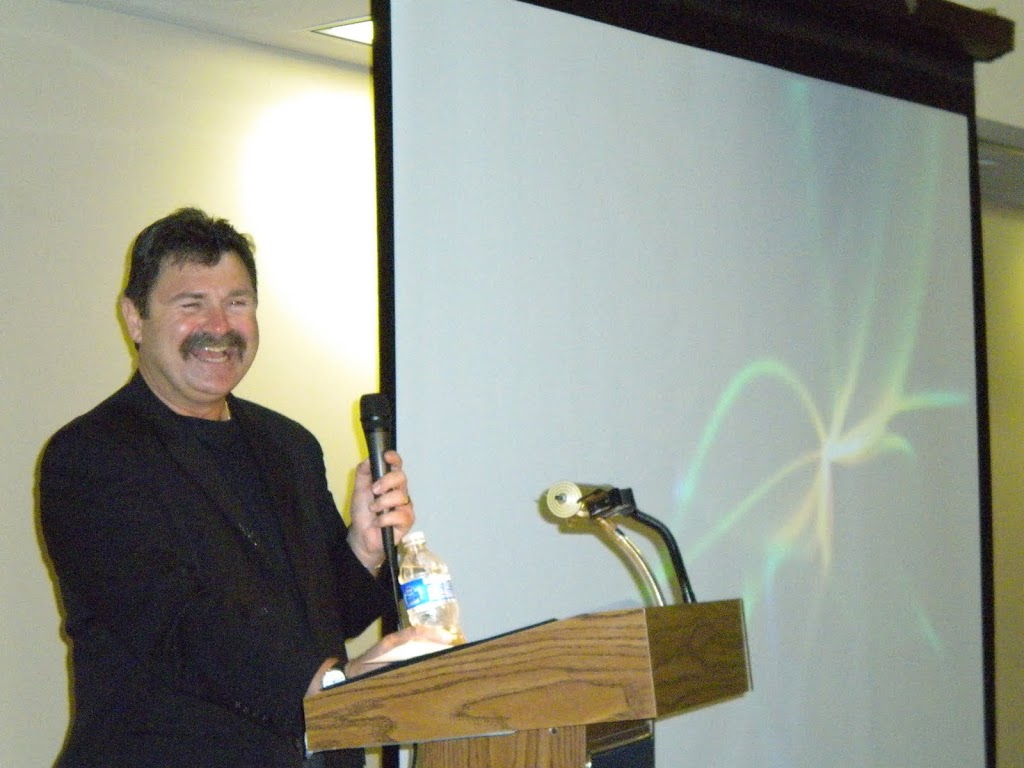 Bill Schoening has been slam dunking his way into the hearts of sports fans as a play by play man for over 30 years. Growing up in Philadelphia, he was embedded into the Philadelphia sports culture and could not resist the sports bug.
Schoening shared his favorite sports memories, influences in the media industry, and even doing impressions of his broadcast peers during his presentation for Mass Comm Week at Old Main 327.
Students broke out in laughter, as the San Antonio Spurs play by play man did a spot on impression of legendary Chicago Cubs announcer Harry Caray.
All laughing aside, Schoening provided insight into how he got into broadcasting and the dues that he had to pay to get to the position he is in now.
“I grew up listening to Byrum Saam,” Schoening said about who he admired in sports. “I just admired the way he called a game and told the story of what was going on.”
He attended Temple University on a scholarship after graduating from West Catholic High School. When Temple didn’t provide him the opportunities to get hands on experience in radio, he transferred to the American Academy of Broadcasting in Philadelphia where he graduated with his degree in six months.
The Spurs’ play by play man was enamored with radio over television because it provided him creative freedom.
“I love being a one man show,” Schoening said. “I love painting a picture of the game and telling a story.”
The creative freedom of calling games on radio includes not having an announcer talking to him in his headset almost every minute of the game telling him to talk about different aspects of the game he is calling.
“I just like letting the game dictate the broadcast,” Schoening said. “I love going out there and ad-libbing and being in free form.”
Schoening paid his dues by after graduating college by working in doing play by play for radio stations in small towns.
His first job was doing play by play for high school sports in Pana, Illinois. After leaving Illinois, he came back to Texas to do broadcasting for a radio station in Huntsville.
He had to wear a lot of hats to earn his job in Huntsville because, in addition to doing high school sports, he had to cover the prison system.
“It’s a whole different world,” Schoening said. “You go into the prison and at 9 a.m. it’s ‘Death Row Day.’”
“It’s kind of surreal when you have to sit with a guy who killed different people,” Schoening continued.
Covering the prison system and writing news, playing music, and other facets of radio that were not part of his itinerary were some of the dues he had to pay to make it to the big leagues as the UT Longhorns and Spurs play by play man over the past 20 years.
“It’s a very competitive world,” Schoening said. “I’ve been very blessed to have moved along from different places and be where I am at today.
His advice to aspiring mass communications students is to always be better than the other person when applying for jobs.
“Don’t be afraid to set goals,” Schoening concluded. “No matter what, be the best you can be.”