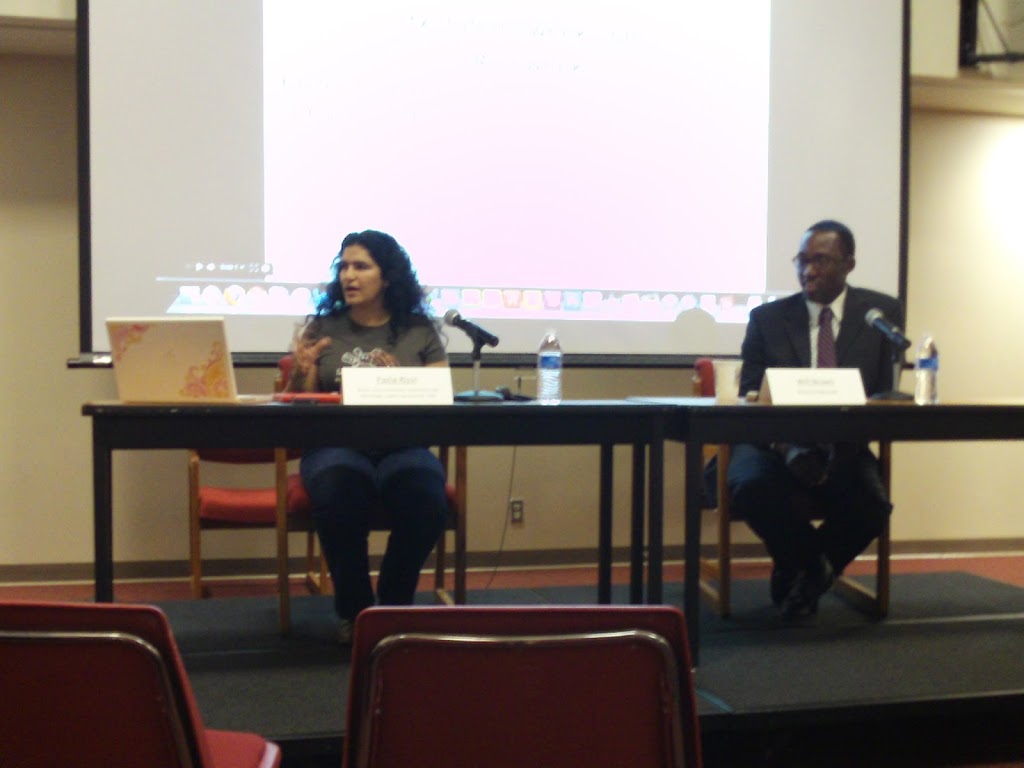 Fazia Rizvi (left) and Will Brown (right) speaking to students about live-repoting with social media.
Photo by Stephanie M. Salinas

Brown, a sports reporter for the Victoria Advocate, used old fashioned reporting methods to create content and coverage for the paddling event through Twitter.

Brown started his panel by saying social media does not make up for old fashioned reporting.

“I talked to a lot of people,” said Brown. “Before the race, during the race, in the moments before the race started, and  I was able to have conversations with people and have people be comfortable with me.”

Brown said the reporting that he had done previously regarding the Water Safari allowed for his tweets to actually mean something. He said if pre-reporting is done before the event, that as a reporter, you will sound more informed  and people who are looking for information will look to you for that information rather than doing random searches on Twitter.

“If you seem enthusiastic about what you are talking about, people will want to follow you,” said Brown.

Rizvi, former webmaster and technology support specialist from Texas State whose goal was to report the race to a specific audience, was using her iPhone and iPad to report on the standings of the race, and the racers no matter what their position was in the competition.

“My audience in mind was family and friends [of the racers],” said Rizvi. “I was trying to get everyone, not just the front runners.”

Rizvi said that while reporting during the race she would go to the checkpoints to get all of the basic facts regarding the race about each competitor.

“The fact that she [Fazia Rizvi] can reach out to those communities that had no way to pin-point where their family member was, that’s huge,” said Margot Hake,  a Public Relations senior. “If I were on the other side of that tweet reading them, I would be watching for every next tweet.”

The Texas Water Safari is one of San Marcos’ best kept secrets. This 260-mile canoe race begins at the head of the San Marcos river and ends in Seadrift on the Texas coastline of the Gulf of Mexico.