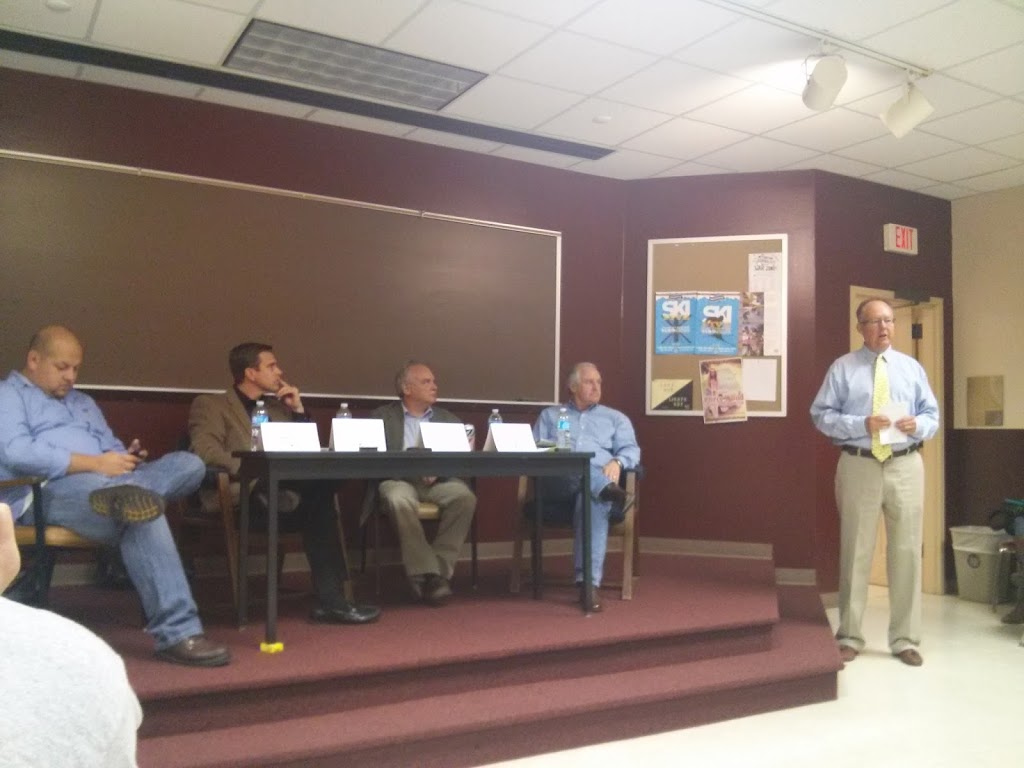 By: Ishmael Johnson
For Texas State Mass Comm Week, a sports media panel consisting of Kirk Bohls, David Chancellor, Tim Griffin and Jeff Howe spoke Thursday in Old Main 234.
Headlined by award-winningAustin-American Statesman columnist, Kirk Bohls, the panel discussed the ever-changing world of sports news coverage in every relevant field.
Jeff Howe, Texas beat reporter for 24/7 Sports, explained how teams in both pro and college sports are becoming more restrictive to news outlets and how every news outlet is exposed to the exact same information and that creates an undesirable uniformity in the media among what stories are covered.
“I have to find out what I can do to differentiate myself [from other news outlets],” said Howe.
Especially in online media, Howe noted the increase in statistically driven sports reporting to back up opinion features. Howe was the only Texas State University alumnus on panel and has spoken to journalism majors on campus before.
“Jeff helped me get my internship when he came to talk to Larry Carlson’s sports news class,” said electronic media major Brandon Searcy.
David Chancellor, news anchor for WOAI-TV in San Antonio, echoed a unanimous opinion of the entire panel.
“It’s all about storytelling,” said Chancellor. “Everybody has a story.”
Chancellor’s point bridged a gap in the minds of media students that may believe there’s an inherent difference between news writing and broadcasting. He made the point that although there are some differences they all have the same goal and that’s to tell a story.
Before the discussion concluded Kirk Bohls gave some words of advice to aspiring journalists to be willing to learn and always keep track of your credibility in the field.
The diversity of the panel members provided a wide variety of perspectives that gave students of all media fields an idea of what each outlet looks for when covering sports news.
“It was fabulous to have different realms of media represented,” said electronic media major Skye Wallace. “It tells you how fast moving the different facets are in their each way.”
For more information on Texas State Mass Comm Week and the panelists you can visit their bio on the Texas State Mass Comm Week website.
Ishmael Johnson is a senior at Texas State University majoring in journalism with a minor business administration and media studies. Reach Ishmael @ij1012@txstate.edu
jonzmikly
0