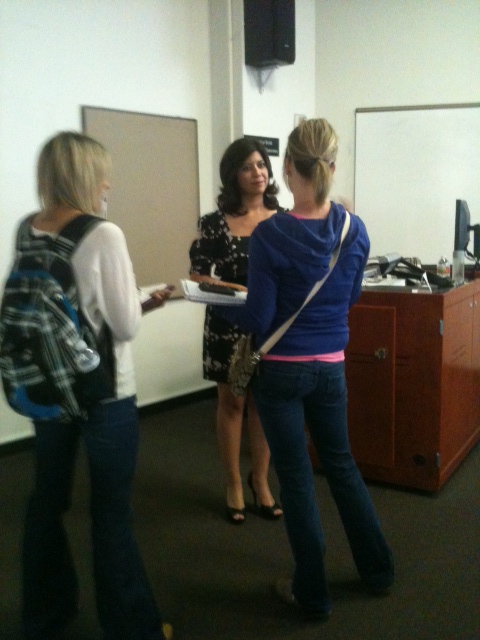 Multimedia is the new fad in journalism

With the right knowledge, tools and drive to create something that’s different and new, multimedia can become a journalist’s best friend.

Karla Leal, a reporter for the Spanish broadcasting channel Telemundo, spoke to students about the importance of multimedia in stories at this year’s Mass Comm Week at Texas State University-San Marcos.

“Multimedia is now,” Leal said. “It’s not the future.”

During her presentation, Leal defined a multimedia report as something that “combines different elements that complement each other to improve the content of a story, making it more interesting, powerful and complete.”

Multimedia reporting, said Leal, allows for more creative storytelling and provides the audience with more information on the topic. Video, text, photos, audio and graphics are all examples of multimedia.

Leal also explained the Mass Media Formula, an instructional guide on the basis for radio, television and print stories.

Editing and publishing are even more important when a reporter uses multimedia. PhotoPeach, JayCut, YouTube and Blogger are just some of the tools Leal mentioned in her presentation.

Leal has been with the Austin-based Telemundo since 2009, four years after beginning with the network in California. She has currently entered into a fellowship with the International Center for Journalists.

“I feel like I’m a link between the people that I interview,” Leal said.