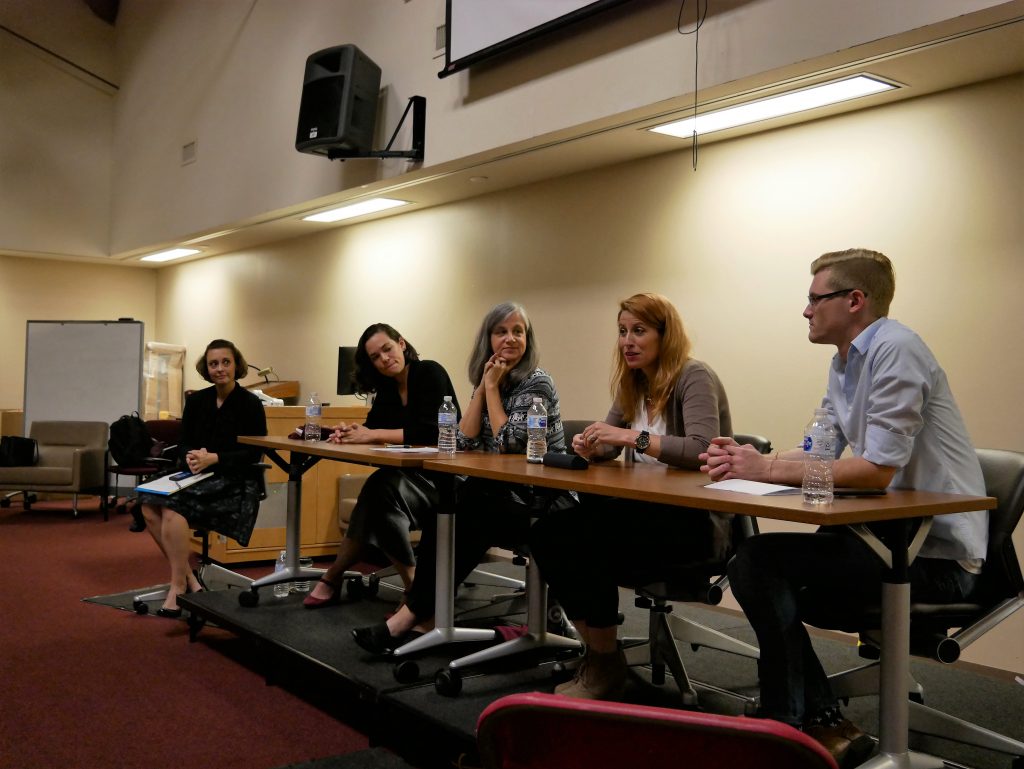 The panelists at the “Timing is Everything: What I Need from My Grad Degree” event in Old Main began by explaining their journeys to Texas State and a master’s degree in mass communication. Their stories varied, but they emphasized that professional experience, moving to a new city and being “an adult” helped them to decide on mass communication as their preferred field of study.

“Experience will always outweigh education,” said Megan Gray, one of the panelists.

The moderator, Michel Haigh, a mass communication professor and graduate adviser at Texas State, pointed out that she would not be able to teach, even with her doctorate, if she did not have the experience to support her credentials.

Debra Price, another panelist, recounted the time she spent looking at the resumes of job seekers. Managers and recruiters will always pick professional experience over a graduate degree, according to Price.

Likewise, the panelists realized how a graduate degree would be a means to an end in achieving career goals.

The third panelist, Nicole Jones, graduated from Rhodes College, a liberal arts college in Memphis, with a degree in psychology, which she then used to work in public relations in New York. She told the audience about her unproductive search for fulfillment before realizing that she wanted to write about technology.

“In 2015, I spent a year and almost $1,000 applying for an MFA in creative writing. That’s really nothing more than an ego boost,” Jones said.

Michael Coker, the final panelist, graduated from Sam Houston State University with a degree in broadcast journalism and geography. He aspired to work for National Geographic before reality set in. Coker had a job in documentary filmmaking, but he did not enjoy the work, so he decided he would ultimately pursue a doctorate in mass communication.

After they figured out their respective ambitions, graduate programs became an organic next step. The panelists found their transitions to Texas State to be difficult but doable.

Gray said graduate school is “a book club on steroids.” But being surrounded by like-minded individuals with similar convictions has helped according to Coker.

“Sometimes it can be overwhelming, but time management is kind of everything. You learn that very quickly in grad school,” Coker said, “If you have good time management now, you can easily plan things and get things done.”

At the end, the panelists offered some final pieces of advice for the aspiring graduate students in attendance.

“I remember being in your shoes not too long ago. Don’t be afraid … everything is going to be just fine,” Jones said.