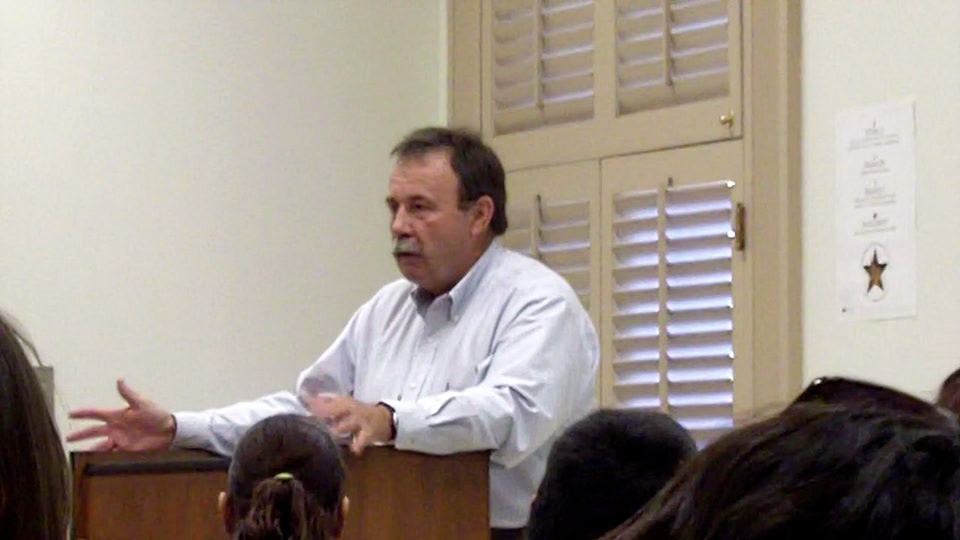 “Ten years ago, the model that we have now didn’t exist,” Leggett said.

The field of journalism has been altering to keep up with technological advances, and some newspapers are struggling to maintain business. There is a need to develop more in technological areas like blogging and online video.

“I think as long as you know the basics of how that works . . . you are much better off,” Leggett said.

When Leggett first began as a writer, he quickly learned that previous formats and objective stances are not all they are meant to be.

“I did what everybody did, the inverted pyramid format . . . and I realized it was boring,” Leggett said.

After forgetting all those rules of grammar, and moving towards more conversational stories, Leggett was able to write stories with a personal, meaningful impact.

Integrating what he has learned with the future of outdoors writing, Leggett said, “It is going to be much more broad-based; more canoeing, more kayaking. I do a lot of environmental stories now. Less traditional hunting and fishing.”

The varying idea of citizen journalism and its impact on newspaper writers has brought new meaning to what journalism actually is.

Leggett reminded students that journalists, whether working for a newspaper or independently, have a great responsibility to be fair.

With all the competition online and in print, to stand out as a journalist in today’s world, the individual’s voice is what makes them great. Also, a vast amount of knowledge on the particular subject is extremely important.

“It is your having something to say that is unique to you,” Leggett said.

For many writers, there has been a struggle to maintain a personal identity in their career.

As for the future of journalists, Leggett said, we need “to find a way, to at least make ourselves more human to the people that are reading.”