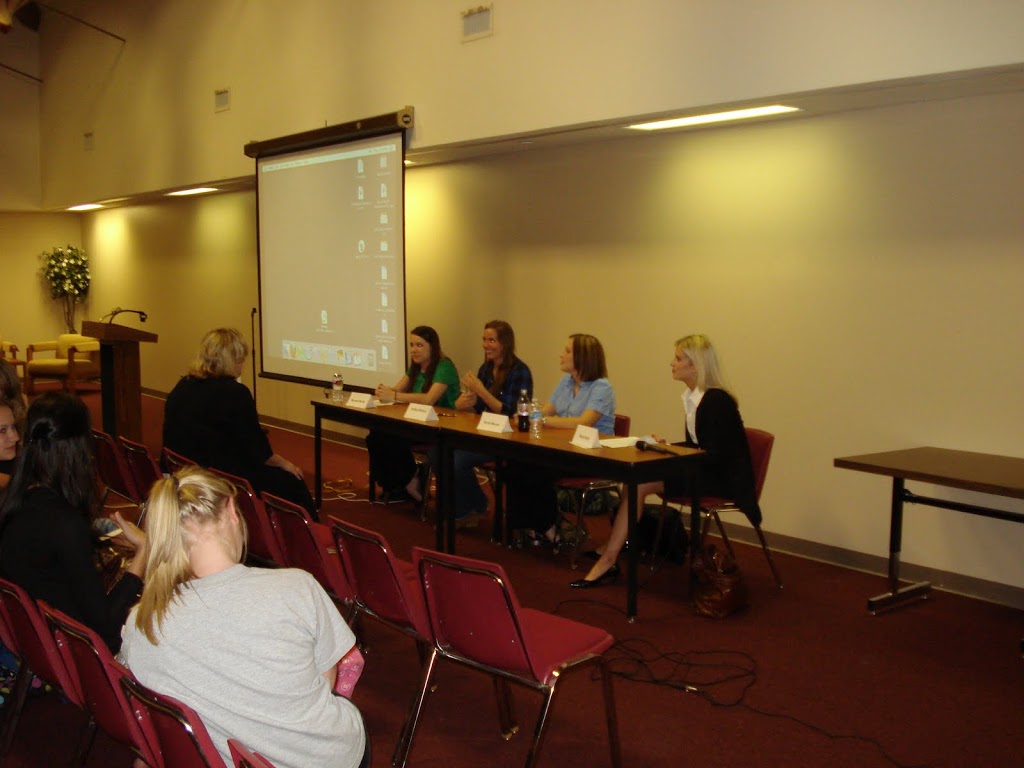 Ad/PR grads show success is not far away

Of the four who made up the Ad/PR panel for Mass Comm Week, none were graduates earlier than 2004. Michelle Martin, 2009 PR graduate, Assistant Community Specialist for Computers for Learning, is having success in the PR world.
“We set up computers for low income families and businesses, it’s non-traditional public relations, but I like it,” said Martin.
She also spends a lot of time working for Health and Human Services of Austin.
Patti Kelly, State Farm, 2004 PR graduate, spent time in California, including two years working for ABCO Marketing, before settling in Austin.
“I moved to California after graduating, I needed a change of scenery,” said Kelly.
She played a short news clip regarding 300,000 Hurricane Katrina cars that were flooded for days before being shipped to California to be cleaned up, re-titled and sold.
“Though I am in public relations, it’s hard to put a stone cold answer on my daily routine,” said Kelly.
Sarah Mercer, 2004 advertising graduate, is working at Dell as a Global Marketing Specialist. Mercer got the job at Dell because,
“I got an internship and it was the best thing I ever did,” said Mercer.
She went through a number of paid internships prior to landing her current job and expressed how valuable they are during and after college.
Ashley Molton, 2004 advertising graduate, is working for Bromley Communications doing hispanic public relations for companies such as: General Mills, Juicy Juice, Wonka, Coffee Mate and more.
“You don’t need to know as much spanish as you would think when doing hispanic PR, you have to know the culture and understand who you’re selling to,” said Molton.
Advertising and public relations are fields that span a broad number of industries: electronics, insurance, human services and brand recognition to name a few.
“The most important thing you can do is learn to work with people well, because you will be in teams for a lot of jobs,” said Molton.
photo by Thomas Courtney
jonzmikly
1