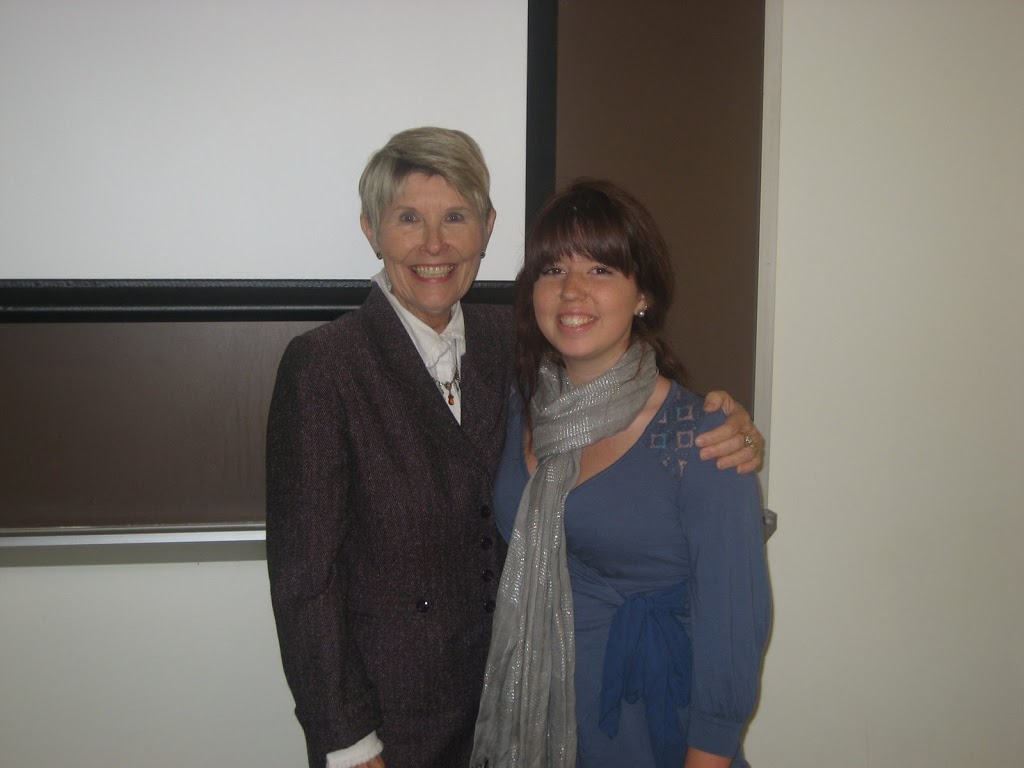 Glenda Goehrs, former GSD&M Vice President of publications took me by surprise. As expected, she was very knowledgeable in the advertising field, but she was also very passionate about her line of work and witty as well. She gave advice on how to seek internships and how to impress a client. This means going above and beyond your call of duty.

“I was in the business for twenty-two years. My god, I’m slightly masochistic.” said Goehrs.

In regard to internships, Glenda said that getting and internship at GSD&M is highly competitive. They usually have about 500 applicants and 20 spots to fill. She said not to worry because plenty of smaller agencies in Austin will willingly take interns.

She took special note of things to do to prepare yourself for an internship, including volunteering, researching the industry, asking questions, customizing your resume, immersing in new media and not being self-centered.

“Let someone else talk about you,” Goehrs said.

Glenda had similar suggestions in regard to winning over a client. Glenda noted that while the client says to talk about your company, what they really want to hear is a suggestion and an idea that works.

“Pitch is won by a great idea. period,” Goehrs said.

GSD&M hasn’t always been a front runner. They have had their fair share of rough patches, expecially in 2007 when they lost Walmart as their client. As a result, they laid off 114 employees, but were able to recover.

“We got back on a roll again… with Home Depot,” said Goehrs. “Home Depot!”

Glenda said that sometimes being in this industry means losing a night of sleep, and getting a month-long project finished in three days, but it’s well worth the ride if you love the industry.

“It’s the best education you will ever get,” Goehrs said.