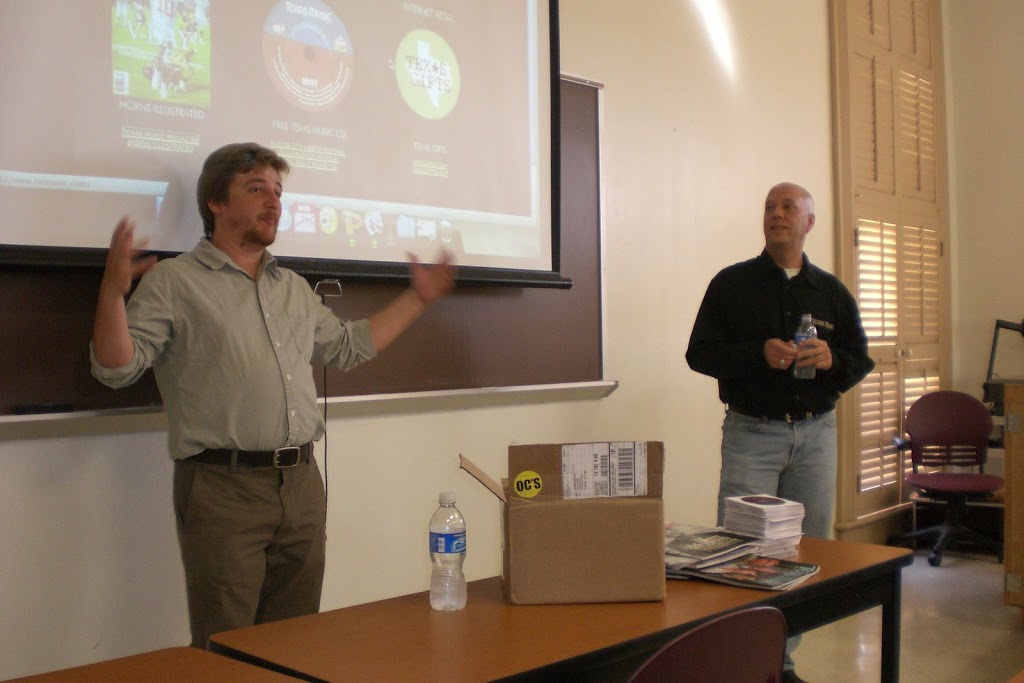 If you’ve ever attended Austin City Limits or Lollapalooza and can plead guilty of being that frantic fan quickly thumbing through your program guide to see when one of the bands you were dying to see was playing, then you can say you’ve had a taste of Ramser Media.

Ramser Media has published program guides for music festivals such as Austin City Limits and Lollapalooza. They began specializing in print products about music and sports. Their 2 publications are Texas Music Magazine and Horns Illustrated. They have also produced compilation cd’s for big named businesses.

On Tuesday afternoon in Old Main room 232, Stewart talked about how he got his dream of starting a magazine to come true, which later lead to the founding of Ramser Media.

“A friend gave me money to eat and to pay rent for my shoe box room so i could conserve as much money as possible and promote my business plan” said Ramser.

Stewart attended SXSW to find out if Texas Music Magazine was a good idea. There he promoted and talked to prospective advertisers and met his partner Richard ,former Rolling Stones writer.

“This is a great idea”, said Richard Skanse, ” i want to be involved!”

From there it was history. Texas Music Magazine went into print shortly after Stewart’s SXSW trip and the rest fell into place.

“The recipe to success and moral of the story is you’ve got to be flexible. We’ve looked at other opportunities to grow that have been a little outside of what people were thinking,” said Ramser.