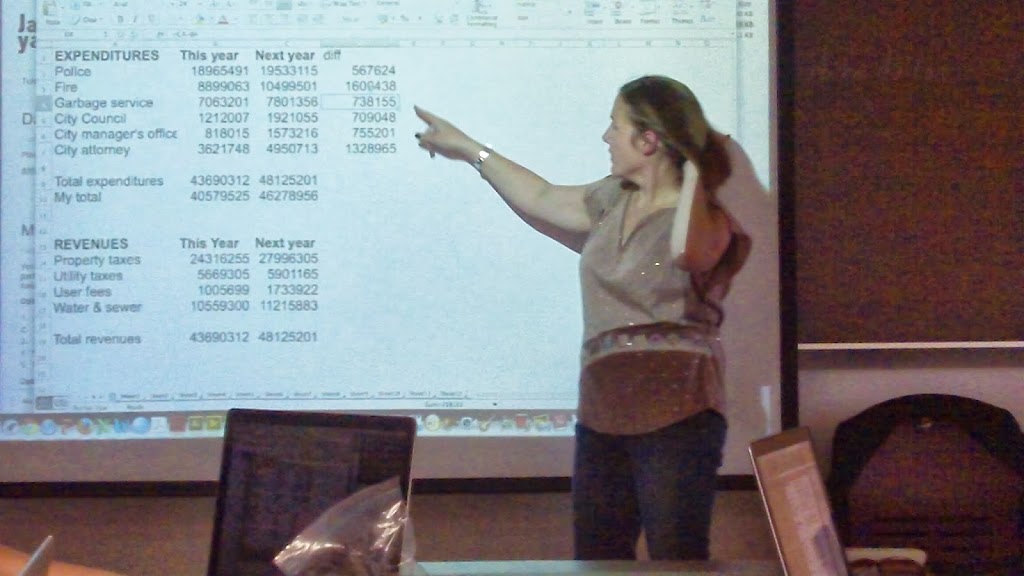 Malan discussed the benefits of data journalism and talked about how it helps reporters tell a story that’s backed up by factual information. “You’re finding things even the people who made the data may not have known about,” said Malan. She gave students hands-on lessons in Microsoft Excel using a database set that the Investigative Reporters and Editors Inc. actually uses to train with.

The Microsoft Excel lessons covered everything from basic terminology to inputting various formulas that simplify data. Students of all Excel backgrounds were able to follow along with Malan as she guided them step by step through the exercise.

Malan provided multiple web sites to check out when looking for information online such as; Open Secrets, Follow The Money, Census Bureau, and GuideStar. Though these sites can be very helpful, Malan said her preferred method to find information is to go to the individual federal website and search for data there.

The seminar was full of tips on how to get the exact information you’re looking for. While Malan was excited that many big government documents are now required to be online, she warned that the smaller the government is, the less likely you’ll be able to find it on the web. In that case, Malan recommended filing an FOI (Freedom of Information Act request) despite the fact it may take a lot longer.

According to Malan, data journalism makes a story well-rounded and it “lets the readers do their own analysis.” Malan highly encouraged students to find data for every story they do.

Malan was hired as the Investigative News Network/Investigative Reporters and Editors director of data services in June of 2013. Previously, she reported for the Corpus Christi Caller-Times for four years until she was promoted to data/investigator editor.

The INN, a fairly new company, is an “umbrella newsroom” that helps nonprofits with data projects that require many resources that small newsrooms often don’t have. The IRE is a branch of the INN that works to serve its 92 nonprofit members.

Check out some of the database sets Malan’s employer, INN/IRE, have online. Also, follow her on twitter: @DeniseMalan

Below, Malan gives an inside look at two of her favorite stories that heavily incorporated investigative data journalism. First, she talks about a story she worked on at the Corpus Christi Caller-Times and then discusses the project she’s working on now.

Photo and video by Garrett Flores

Garrett Flores is a Senior majoring in Journalism with a minor in Public Administration at Texas State University. Contact: gnf6@txstate.edu