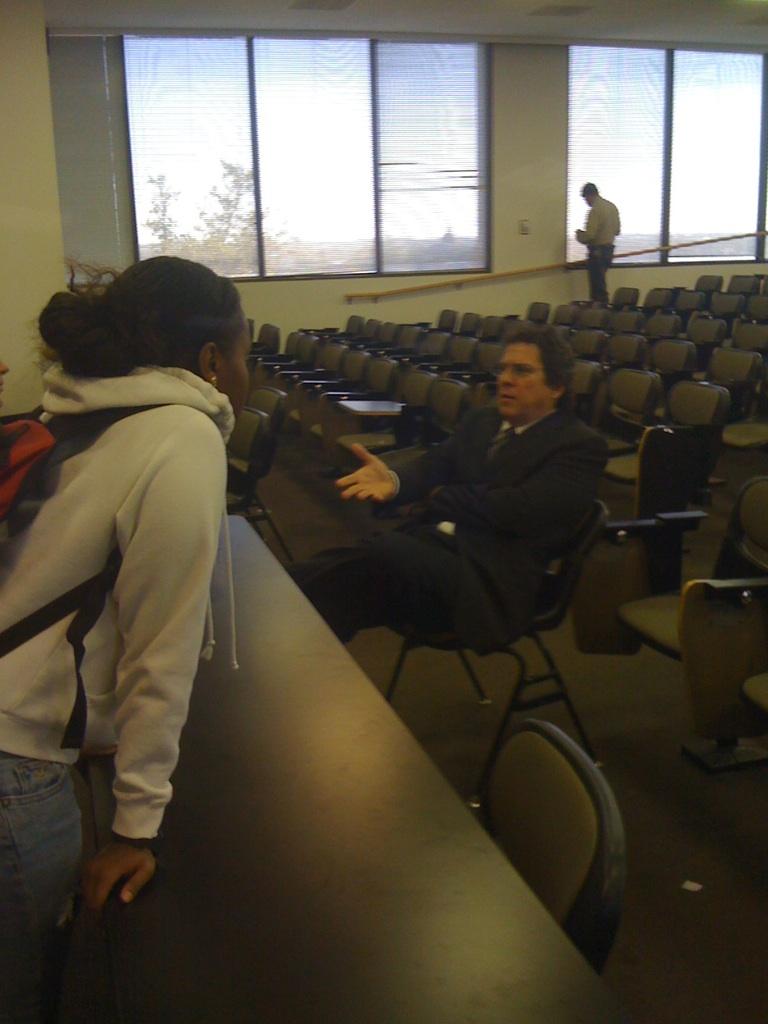 San Antonio Express-News writer Roy Bragg spoke about technology and the changing world of journalism on Thursday, Oct. 20. Bragg emphasized that even with the abundance of social media to keep the public informed, journalists are still needed because they’re trained to find the information that people want to know and to write about it with integrity.

Bragg urged aspiring journalists to be aggressive with their work and to strive to report the truth.

“I won’t write something until I’m ready to bet on my life that it’s true,” said Bragg.

He said that the newspaper editors can be blamed for the decline of the truth being told because of staff-size reductions and the urgency to produce material. He noted that a reporter being allowed several weeks to write an in-depth story is rare because of editors’ fast-paced attitudes of “wham bam thank you ma’am” to get a story published.

Bragg told students that the problem with newspapers today is not the internet or the audience’s attention span, but rather that newspapers haven’t changed their style of reporting in the past 150 years. He said that yesterday’s news needs to be on a website with tomorrow’s news in the newspaper.

He kept his audience laughing with entertaining stories of reporting about tax-free weekend at the San Marcos outlet malls and about the “condom rapist,” during which he wrote down what he overheard jurors saying through the walls.

Although some students, like Adrian Hanner, mass communications junior, said that Bragg didn’t seem organized and left in frustration, others enjoyed listening to Bragg share his experience as a reporter.

“It was a fun speech and interesting,” said Zahra Farah, journalism junior. “He’s funny and talking at a level that college students can relate to.”

“I loved that he’s not apologetic about being aggressive,” said Laura Garcia, journalism junior. “His real world examples of reporting were fun to listen to.”