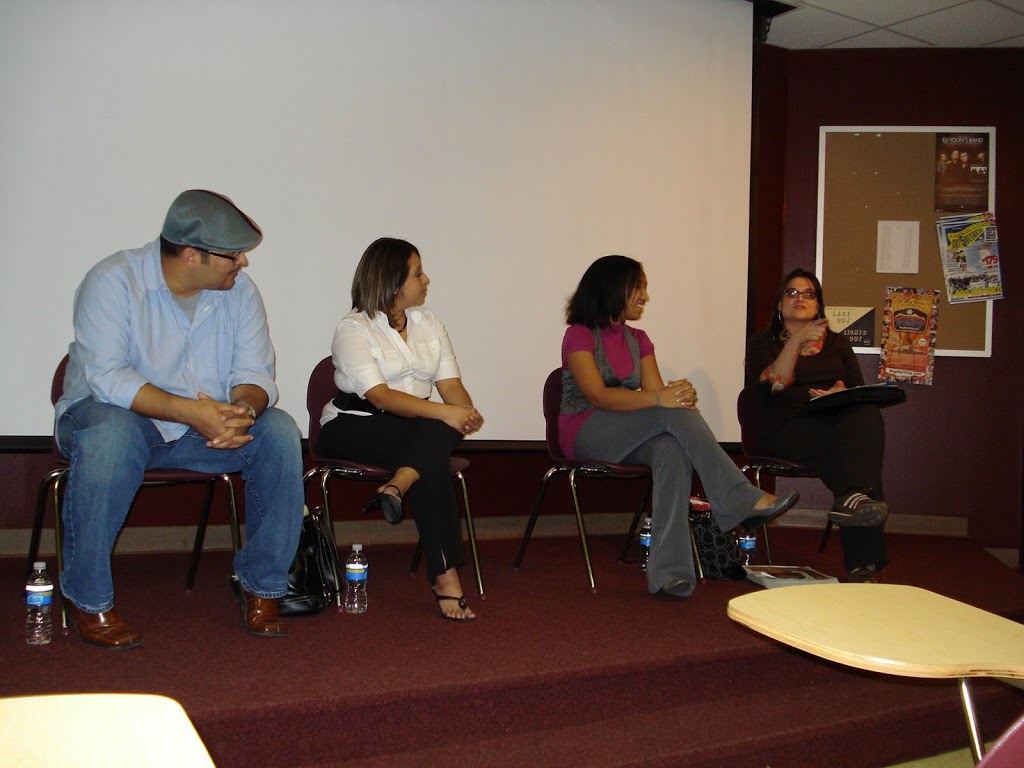 As the clock struck two, the four speakers took their seats in front of a crowded room of students. The event, entitled The Journalism Alumni Panel: What I Didn’t Learn in School, was hosted by the School of Journalism and Mass Communication. The panel included Erica Hernandez, a producer and reporter for KGNS TV in Laredo, Joe Ruiz, an online editor for KSAT.com in San Antonio, Alicia Lacy, a news reporter for the Killeen Daily Herald and Jennifer McInnis, a copy editor for 210SA paper in San Antonio. All of the speakers attended Texas State’s mass communication school.

Failure, experience, internships, networking, multimedia skills, etiquette and methods of relationships were some of the topics that the panelist discussed.

“Do not be afraid to fail,” stressed Ruiz. “If you made a mistake, own up to it. But don’t make that mistake again.”

Erica talked about her experience in today’s TV media world.

“I think for TV, you have to be strong with criticism,” said Erica Hernandez. “It’s so cut throat in the TV business.”

Alicia Lacy, who graduated in August of 2008, talked about the importance of asking questions.

“Learn to ask questions, especially while you’re still in school,” said Lacy. “You have to be very diplomatic in print journalism.”

The subject then shifted to internships. Many panelists suggested applying for more than one internship and stressed their importance.

“I would recommend two or more internships while attending school,” said Jennifer McInnis.

The panelists also stressed the importance of networking in journalism.

“You have to maintain the relationships you have attained and stay in touch with mentors,” said McInnis.

Etiquette in the news room and in the public view was another issue the panel brought up, stating it was very important to be nice and be the bigger person.

The panelists advised the attendees on effective methods to get people to speak with reporters.

“You have to establish a good relationship and they need to be able to trust you,” said Hernandez.

After the event, some of the students in the audience were quite impressed with the issues that the panelists brought up.

“I feel that they all offered something different and important to the topic at hand,” said Michael Barone, a junior mass communication major. “They really stressed the importance of internships as well as multimedia and interactive skills.”

Another mass communication major talked about the most important message he got out of the event.

“Networking is really important,” said Shawn Dullye, a junior print journalism major. “Meet everyone you can and maintain a relationship with them because you may want them as a reference later on.”

The best advice that Grant Martin would give to future graduating students was to start applying for internships and jobs as soon as possible.

“Get involved soon if not already,” said Martin, a senior mass communication major.

Alisha Lacy, a speaker with the Journalism Alumni panel, spoke about the hard work and how to balance your social life and work life.