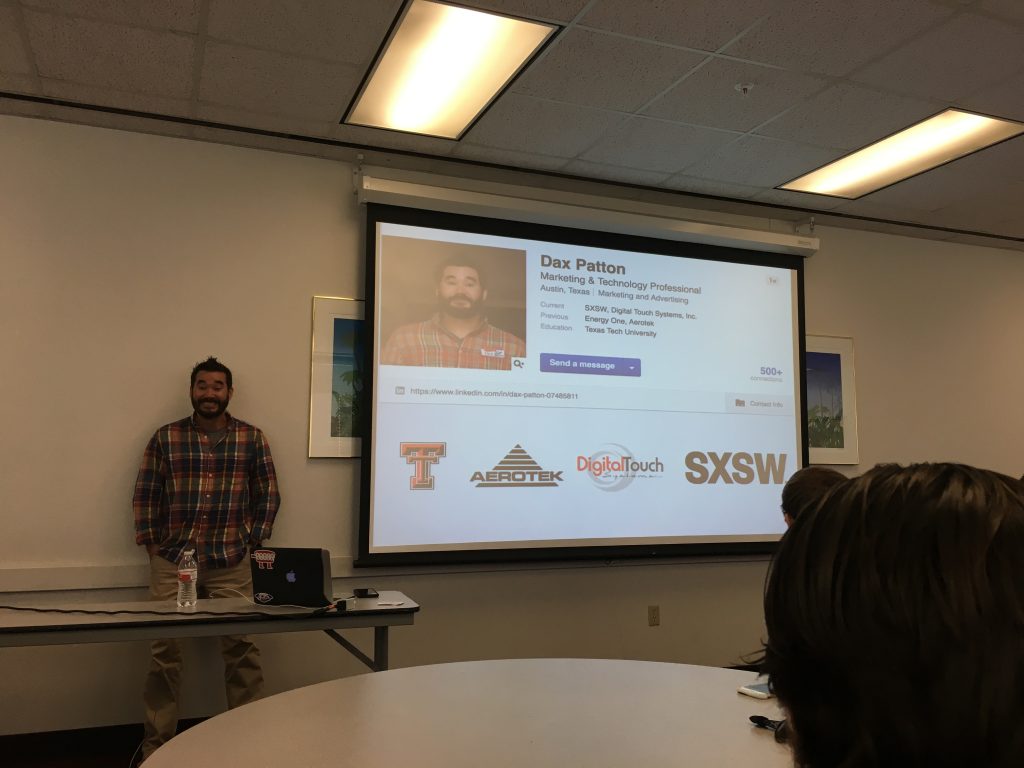 Marketing and being a millennial

Dax Patton, a Texas Tech alumnus and graduate with a degree in marketing and advertising, attended Texas State’s mass comm week discussing marketing like a millennial.

Patton began his presentation with a list of things to keep in mind as students go into the world of business and work.

“Read as much as you can, pay attention to the news, vote, build a strong foundation, get as much experience as you can, find a big corporate job, and take a chance,” Patton said.

“I enjoyed his presentation. It started off a little slow but once he was comfortable with the audience, and found what drove people to come to his panel today, he really opened up and connected with everyone,” said Bailey Green, a student attending the event and is currently an electronic media major.

“He started with something small and has built it up over time and the most encouraging part about his panel was that he was where we are all today,” Green said.

Patton discussed what he and some of his friends/colleagues created – digital touch systems. They first started out with tables that were going into restaurants for customers to use but later on they ended up making snap touch menu. Patton is now working for SXSW.

Patton had a lot to say about resumes and what is important for jobs and what they are looking for.

“Companies look for people who are dedicated, hard working and consistent. On a resume, it is better to have places that were long term rather than 3 months here and 6 months there,” Patton said.

Moore said, “He talked to us like a normal person but at the same time was professional. He knew how to relate other than some other speakers that are stiff and can’t relate to the audience. He had a lot of useful information that I will definitely be taking from today.”

“Build a strong foundation for yourself and be professional with people always – you never know who you might be talking to,” Patton said. 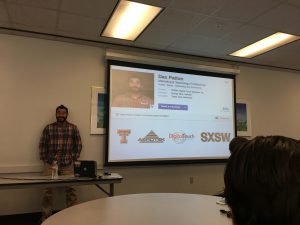 Dax Patton beginning presentation on Marketing like a Millennial.