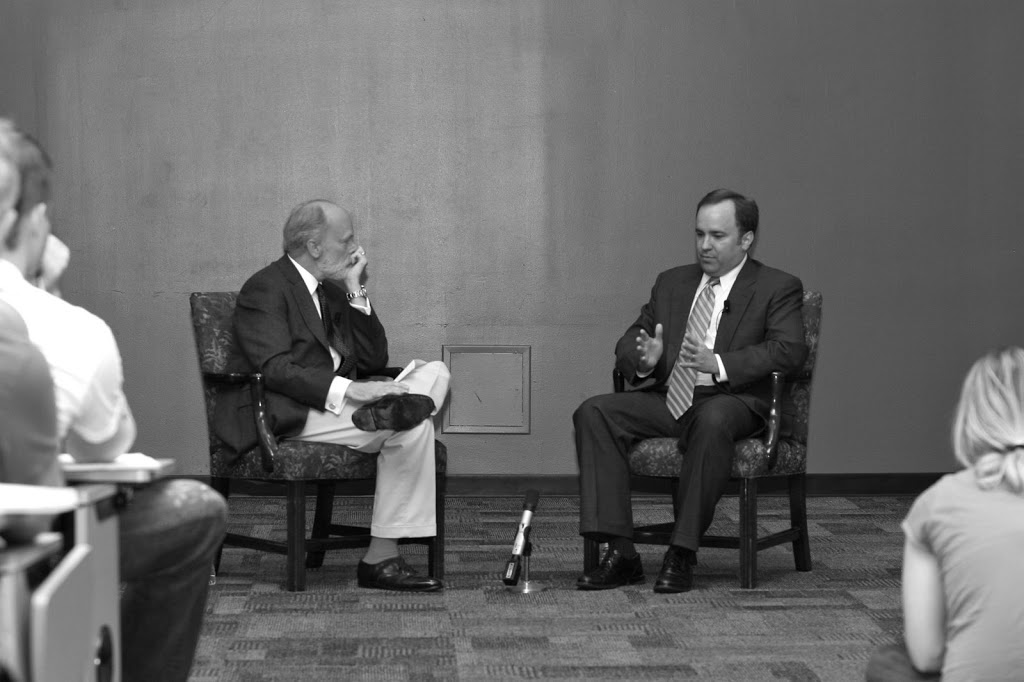 As the LBJ teaching theater filled with anxious students, Tom Grimes prepared his questions for the keynote speaker, Scott McClellan. McClellan is the former White House press secretary who recently published What Happened: Inside the Bush White House and Washington’s Culture of Deception. The presentation started by making it very clear that McClellan was not here to kiss and tell, but rather give his side of a story that needed to be heard. McClellan went over many of President Bush’s goals, including which one’s he has accomplished and those that have been swept under the rug.

McClellan stated that Bush’s mistakes were “largely based on some misguided policies that overshadowed the good that he did.” Those policies are what McClellan has a problem with. McClellan related the White House to a bubble, saying that one’s visions get obscured and clouds the judgment of some. He said that reaching outside the bubble and getting new faces into the White House was a good thing. It “was not absolutely necessary,” said McClellan while explaining his views on the current Iraq war. Although this book was written previous to some of the current issues today, McClellan said he wouldn’t change anything he wrote in his book.

Although there was lots of political issues talked about, one thing McClellan said stood out with me the most. He talked about a time he and the President went to visit injured soldiers. McClellan said that the only time he has ever seen self-doubt in the President’s eyes was when they turned to leave the clinic. This is a side of the President not known to others outside the White House and it was nice to hear the President isn’t as cold as the media makes him out to be sometimes. After giving his personal impressions of some of the people working in Washington, McClellan said something some might say was unexpected. McClellan is voting for Obama. Makes one wonder, did the republicans in Washington really disappoint him that much?