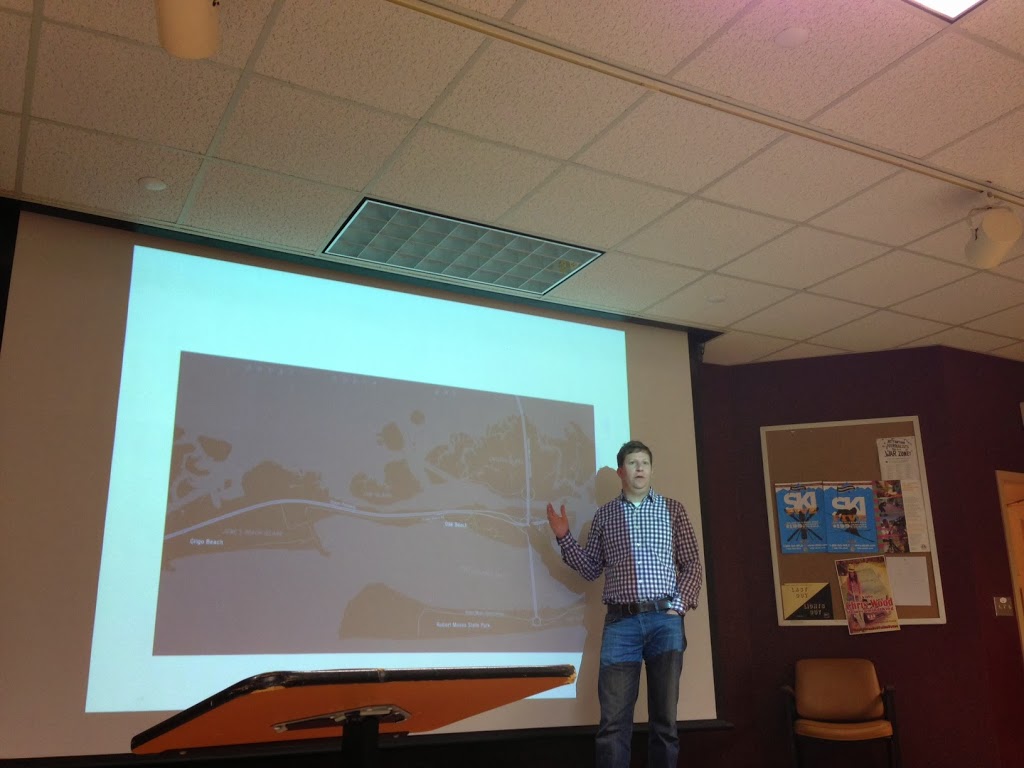 Robert Kolker speaks to students about his journey

By: Danielle Harkness
Senior lecturer at Texas State University and friend of Robert Kolker, Gilbert Martinez, asked Kolker over an Italian dinner if he would speak at Mass Comm Week.
“I didn’t think he would actually say ‘yes’,” Martinez said.
Kolker, a New York Magazine contributing editor and author of the nonfiction book, “Lost Girls: An Unsolved American Mystery,” joined Texas State students at 8 a.m. Tuesday to not only discuss his summer 2013 book, but also how he got to where he is now.
After graduating, Kolker stayed in New York, even though some thought it was too competitive of a market, he knew he had a passion for the writing process.
It’s fine to have goals, but you need to be patient, bounce around for a bit and continue searching, Kolker said.
His experiences at previous magazines and newspapers gave him the “muscles” he needed to churn out stories and make deadlines.
“[The experiences] are always a chance to learn, you just have to put in the hours,” Kolker said.
The long hours paid off when Kolker’s “Lost Girls: An Unsolved American Mystery” became a New York Times bestseller. The book was a chance for Kolker to tell the stories of the five women involved in the Long Island serial killer investigation.
Kolker wanted to create a greater understanding and explain what is misunderstood about the five women, which Kolker believes, is the most powerful part.

“[Journalists] bring stories to life…and bring people together with what [they] do, which makes it worthwhile,” said Kolker.

Paxton Kelly, a Texas State student, has yet to read “Lost Girls: An Unsolved American Mystery,” but cannot wait now.
“The fact that he wouldn’t tell us how it ends intrigued me,” Kelly said after Kolker’s presentation.
Through his writing Kolker hopes to help people understand society in a way they thought they never could.
Danielle Harkness, a Texas State  junior, is majoring in journalism and Spanish.
jonzmikly
0