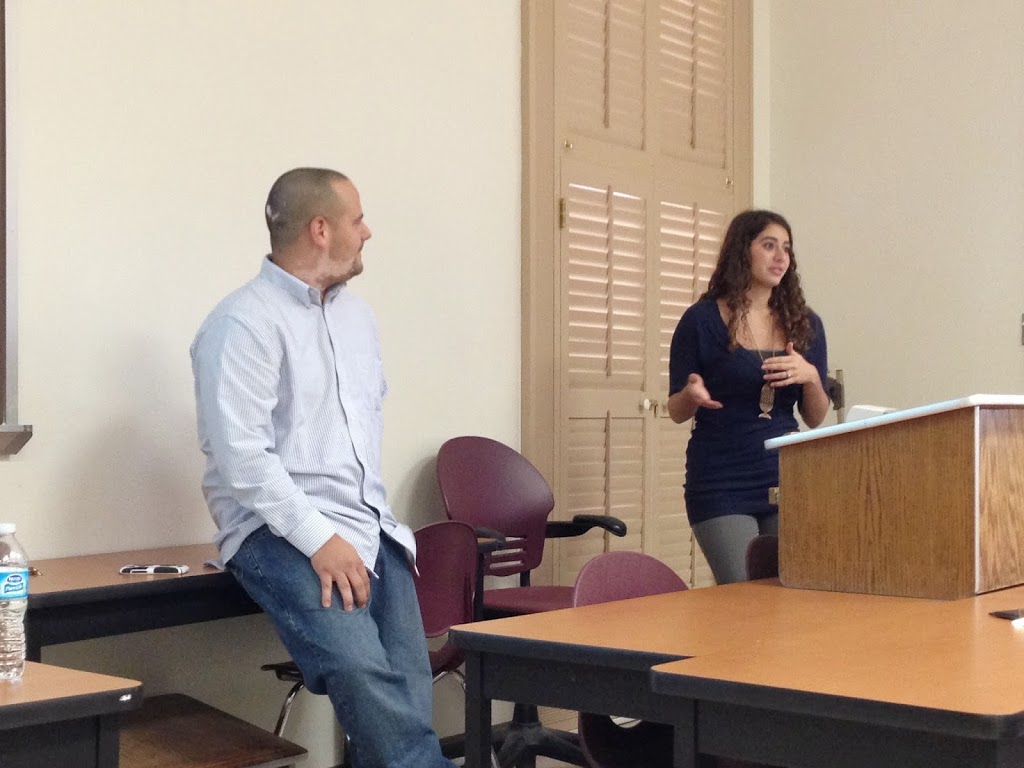 At the age of 22, most people aren’t starting their own business, but that’s exactly what Sara S. Helmy did. Helmy, a graduate of Texas A&M University-Corpus Christi spoke during Mass Communication Week at Texas State about starting her own company, Tribu, which is an advertising agency based in San Antonio.

The tribe, what the company refers to itself as, is made up of six people, Helmy as the CEO, and five other employees including Jason Beltran who works as Business Development, and John Speer, the Creative Director.

According to Tribu’s website, it has served local start-ups as well as Fortune 500 companies. A recent client of theirs was Firstmark Credit Union, a financial cooperative based in San Antonio.

“You have to learn about a lot this weird stuff that you normally wouldn’t think you have to know,” Speer said.

Samantha Ortiz, Senior and communication design major attended the event to learn about the skills needed in the advertising industry, but said she felt reassured about the advice they gave about starting off in the business without much experience.

Tribu’s past projects include websites, YouTube videos, billboards and customized logos. A lot considering Helmy started the company right out of college with some financial help from her mom and some savings.

“I had a year[‘s worth] of living saved up,” Helmy said. “And I depleted that year before I ever took anything home for myself.”

Helmy’s hope for the Tribu in the next 5 to 10 years includes becoming a national company, and exceeding every goal she’s made.

“I will be disappointed if we don’t hit past the million mark by then.”

Joshua Clasberry is a Senior Spanish major a Texas State University. Contact him at jc1931@txstate.edu.
jonzmikly
0