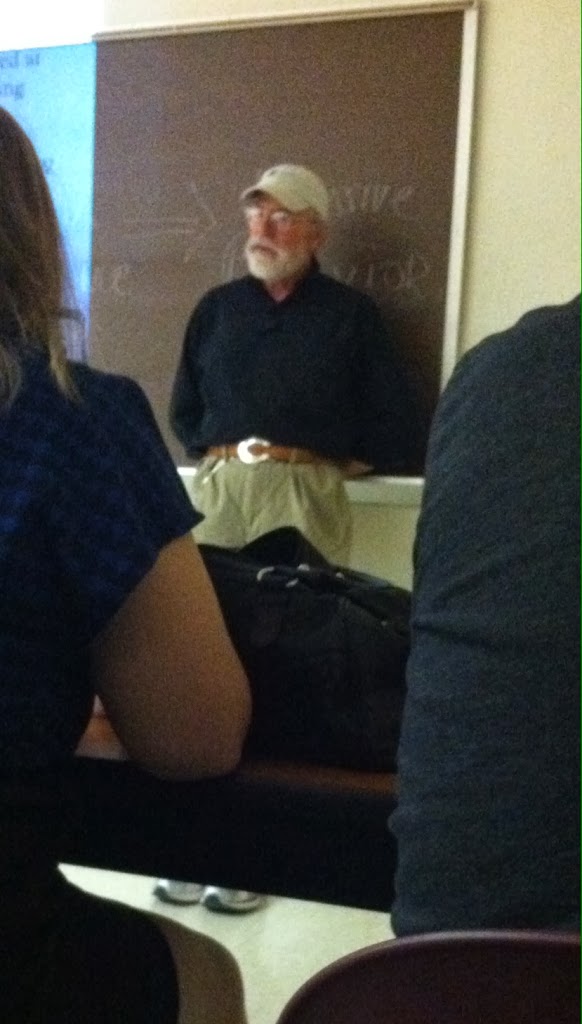 With two sides to every story, Professor Tom Grimes began his Tuesday night Mass Comm Week session arguing for and against the hypothesis that media violence causes aggressive behavior.

“It’s natively and viscerally repulsive,” Grimes said in regards to violence in media.

He expanded this thought by listing several research groups, including the National Institute of Health and the American Psychological Association, that endorse the study.

Grimes then shifted to the main focus of his 6:30 p.m. session– that there is no relationship between aggressive behavior and violence in media.

“There’s nothing to support what these people in the mass communication programs have said,” Grimes said.

Grimes continued his lecture by saying that people with preexisting conditions of psychopathy can be effected by media violence because parts of their brain, the amygdala and hippocampus, are not acting the way they should.

Tautology is how Grimes describes the new definition of media violence, saying that even the smallest materialistic things are considered forms of aggression.

“It’s tautology, it is what it is…it’s aggressive because it’s aggressive,” Grimes said. “It just leaves it to your imagination.”

“I’ll create my own theory of what mass media is and how is effects people,” Bolado said.

Dalia Moreno, a junior majoring in electronic media and criminal justice, said she thought the session was informative and liked the different point of view.

“A lot of people look to the news but don’t really look into it,” Moreno said. “I think it’s important to do so because that’s how you make educated opinions about stuff, rather than just letting people tell you what to believe.”

Alex Castillo is a Texas State University senior majoring in journalism and minoring in media studies.
To contact: ac1824@txstate.edu