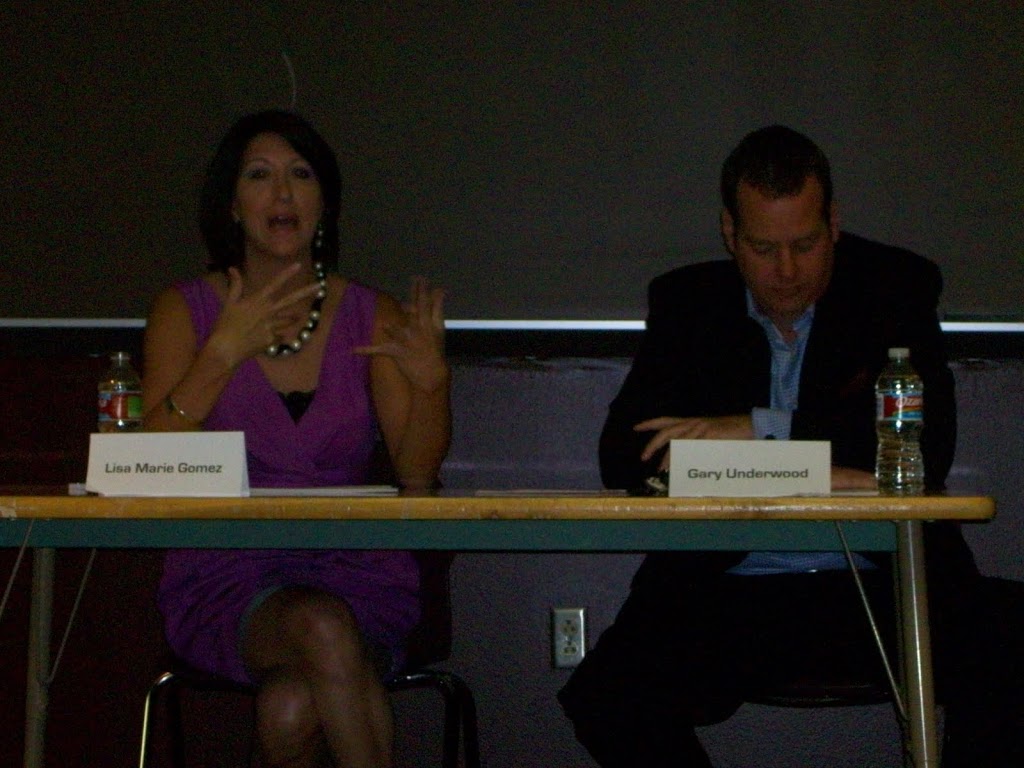 Getting the most out of networking

Lisa Marie Gomez, owner of LMG Communications, and Gary Underwood, Director of Communications at Time Warner Cable for the Dallas area, discussed how simply knowing people is one of the best tools we, as mass communication majors, can bring to the table.

“All of you are going to see yourself at some point in the future,” Gomez said.

Gomez said your knowing the right people can get you that job or help you get to that specific source.

She talked about her own experience when she was a reporter and needed an interview with Rick Perry. She kept calling and was getting nowhere.

“They kept giving me the runaround,” she said.

Then she called her cousin who worked for the governor. He called the same person she had been speaking to, and that’s what made it happen.

“Relationships matter,” Underwood added. “If you’ve got good friends in these industries, you can use them for good.”

“What matters is I know people and I can get that job accomplished,” he said.

If you’re networking and you want to keep in touch with a specific person, Gomez and Underwood said it takes seven to ten different encounters for someone to remember you.

Be genuine and simple when making acquaintances, not too outgoing, they said.

They suggsested finding things out about them, their likes and dislikes. The more effort you make to know someone, the more they will appreciate it.

When it comes to applying for a job, Gomez said your networking capabilities is one of the most important things you can add.

“What makes your skyscraper just a little bit taller than the other one?” she said.

They said consistently keeping in touch is important.

“Networking is not the occasional activity,” Gomez said.

She recommended two “must-haves” for networking: a LinkedIn page and business cards, as well as two “must-do’s”: Google yourself to see what comes up and if that’s what you want to show up, and send handwritten notes because it shows that you took the time and effort to get in touch with the person.

Underwood said spelling is important for credibility and he mentioned two words we should never use because they are not actually words: “irregardless” and “anyways.”

Gomez brought up an imperative point when talking about her internship at KVUE in Austin. She said she was the only intern willing to do everything. Even thought they were not paid, she worked graveyard shifts. She did all the jobs that interns didn’t want to do for no pay, which in return, gave her opportunities that the other interns never had.

“When you have an opportunity to shine, take it,” she said.