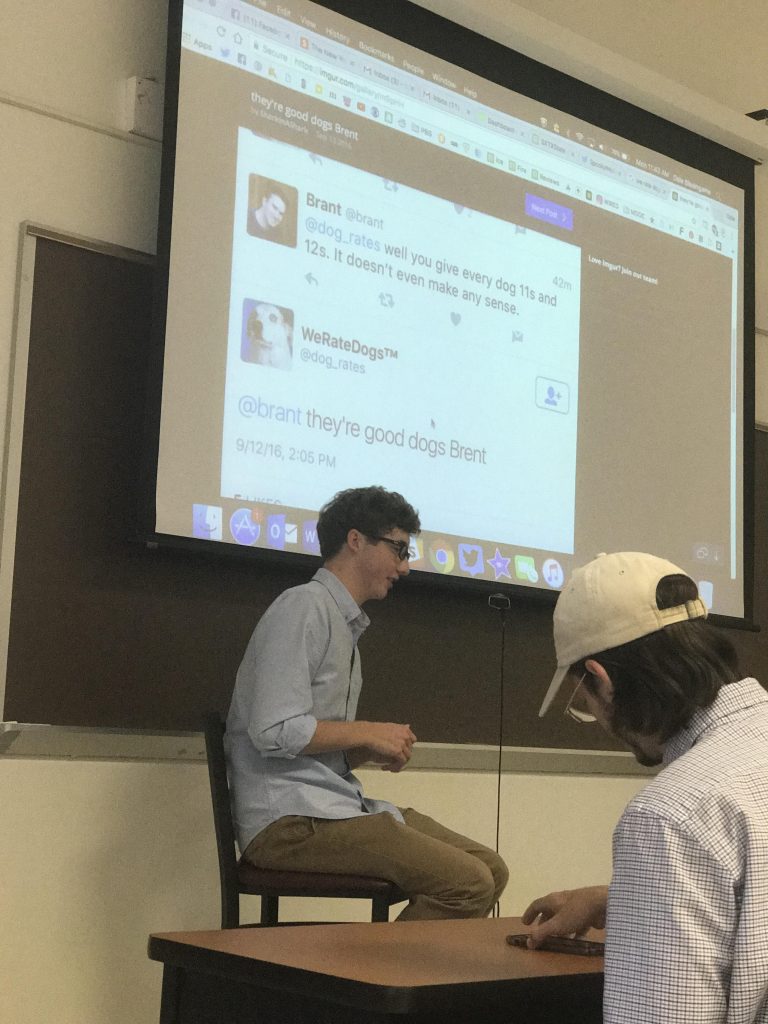 Matt Nelson, author and social media entrepreneur, started the “We Rate Dogs” account in 2015 where in his first week of controlling the account he gained 10,000 followers- by the end of the first month he had about 100,000 followers.

There are many Twitter accounts that post pictures of animals, but Nelson said he wanted to find a way to separate himself from those accounts.

Nelson stressed that his growth of followers would not have happened if his content was bad. His initial growth occurred because he took advantage of a topic that no one else had taken advantage of before.

A lot of trial and error is taken in perfecting content for users. In Nelson’s first 15 posts, he rated the dogs the same as a 10 out of 10 but then he experimented with giving a dog rating that is over 10 and found his users loved it.

Attendees of the presentation gained confidence from Nelson’s will to find how he can take a picture of a dog and be able to put his personal twist in a tweet for other people to find it even more appealing.

“I want to make myself a bigger figure on Twitter but I didn’t know how to make it my own and also appeal to other people as well,” said Kyla-Krista Ong. “Listening on how Matt got through it was very inspiring.”

Attendee Rosa Ambriz is also going to work on producing more quality tweets but that wasn’t her biggest take away from the presentation.

“I learned to have consistency in your brand,” Ambriz said. “Having an original and unique idea around something you built when you are focusing on what an audience will take away from your brand.”

As of right now, Nelson has over 3.7 million followers and he continues to reach about 10,000 new followers a day.