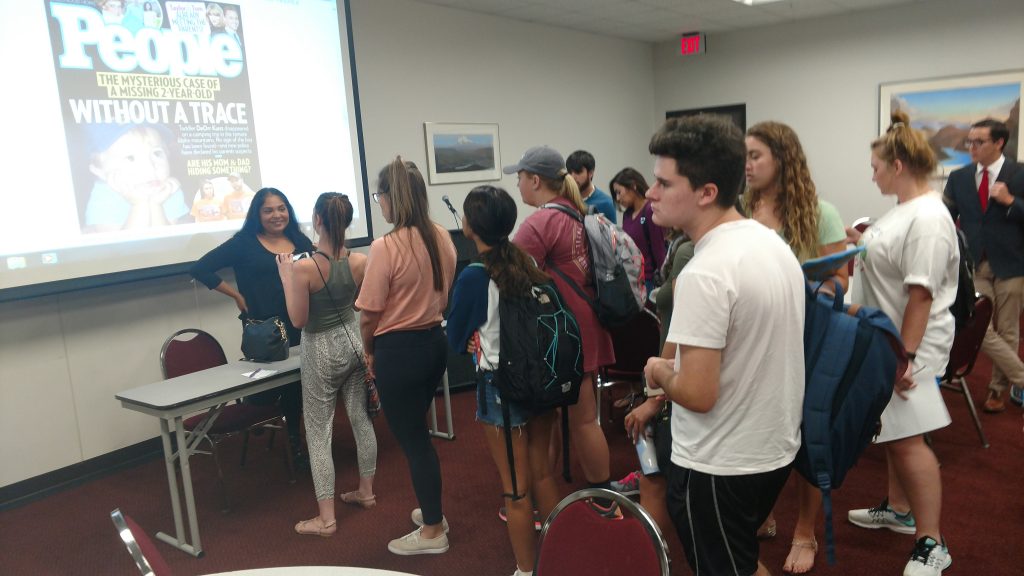 Insight into interviews and internships

Aradillas explained what an elevator speech is and its importance in obtaining career opportunities.

“An elevator speech is basically your bio in the amount of time it would take to be on an elevator,” Aradillas said.

She said the content people should include in their speech are things like their education, work experience and the area they specialize in.

“You have two minutes to grab someone so that they keep talking to you,” she said.

Aradillas also advised students to not be discouraged by a rejection and shared her own experience of being turned down by national newspapers.

She said that sometimes one just meets the wrong person at the wrong time and to not let a bad experience throw one’s confidence away.

Her interview for People was a long process and took about eight weeks.

At one point, she lost the interest of the recruiter but managed to snag it back when she used an active voice, something she told the audience is important.

An internship, she said, is how someone can figure out what field they want to work for and what areas do not suit them.

She also advised students on what behavior is appropriate when working as an intern and how to make connections.

Addressing the crowd, specifically the Millennials, Aradillas said she needs them to say yes to everything.

When doing work as an intern, it’s crucial to never outright decline an assignment.

Instead she advises interns to offer to help, even if they’re busy, and to compromise with people that gave them their assignments.

Elinah Odewale is a public relations major and attended the event, later asking Aradillas how to manage sources.

Odewale said that recently celebrities have been calling out reporters on who their sources are and if they are trustworthy.

Aradillas said that sources must be credible and suggested making connections with the right people to get good information.

Another public relations student, Stephanie Orea, was in the audience.

She said she attended the event to make up an absence in a class, but was attracted by the name of the event: “From South Texas to a Major Market: How to Navigate Your Career.”

“I just thought that it would be very beneficial to me on how to get into my career,” Orea said.

Nathan Rocha, a sports media student, was also there to make up an absence but found the event interesting.

“Even though I’m not a journalism major, it was a good experience,” he said.