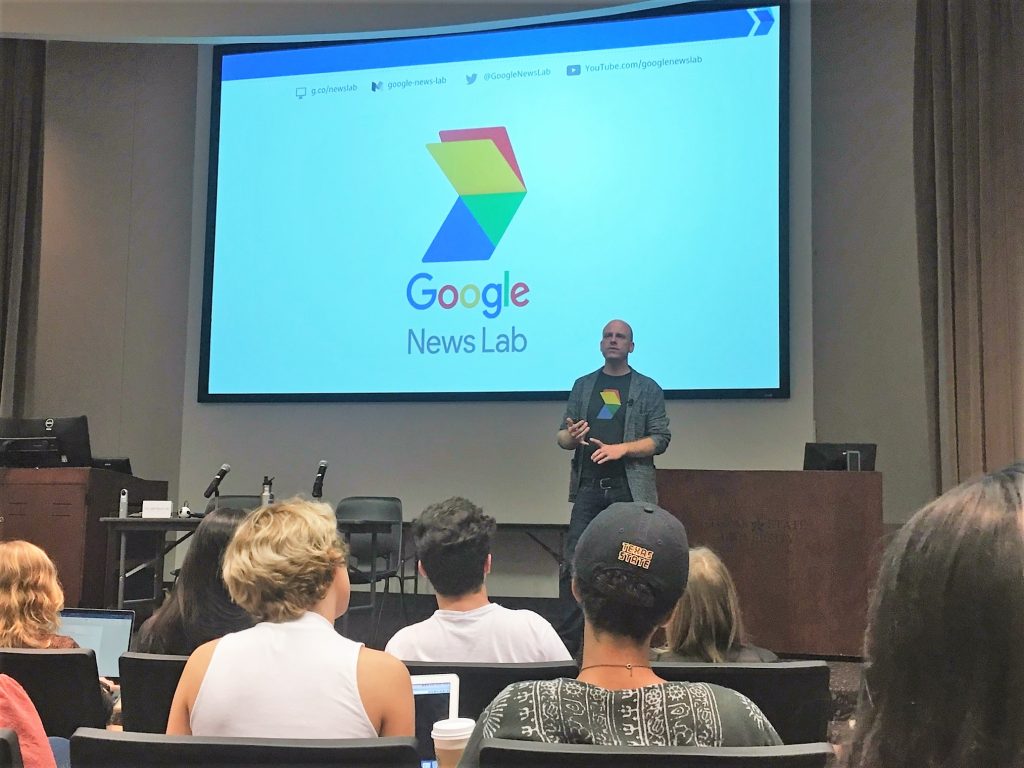 Whitaker informs journalists around the world about Google News Lab and the accessible and useful services it provides for storytelling. Whitaker said that Google News Lab is providing data and finding ways to verify whether or not a story is truthful.

“The real danger is when people are providing false news,” said Whitaker.

Aside from trust and verification services, Google News Lab also includes over 45 online lessons in 13 different languages, multiple tools for gathering and viewing data, and numerous online resources to assist with storytelling. Whitaker said that technology is constantly expanding and people are no longer sticking with what was, but instead are trying new things.

“There is a literacy to data that people have now that they didn’t have access to in the past; Google helps you understand that data,” said Whitaker.

The main mission of Google News Lab is to organize the world’s information and make it universally accessible and useful. In order to create a more informed world, Whitaker believes that journalists and technologists need to work together.

Casey Knolls, a student at Texas State University, was in the audience and said that she enjoyed Whitaker’s presentation because it opened her eyes to all of the tools Google has that she was not aware of.

“Everybody knows about Google, but I had no idea that Google had so much more to it than just being a search site,” said Knolls.

Craig Jackson attended the event and said that he planned on using Google News Lab in the future to help him with gathering honest information.

“It’s always tricky to know whether or not a story is truthful, so the fact that Google News helps with verifying the truth is extremely helpful to me as a journalism student,” said Jackson.