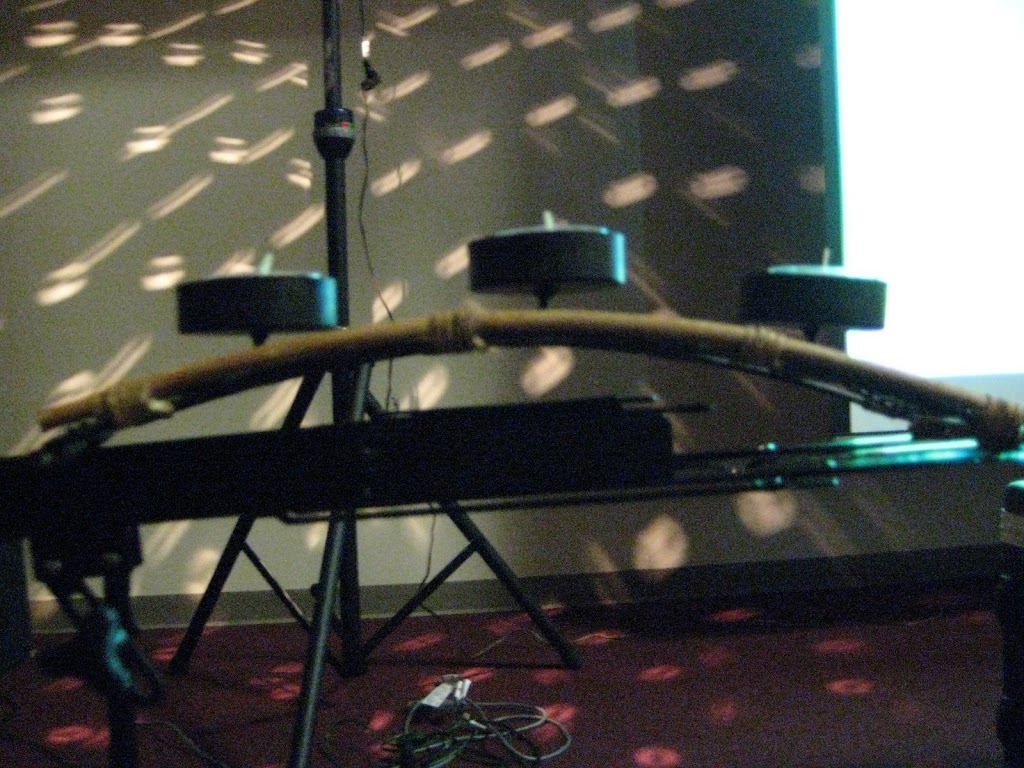 As a chipped disco ball flooded the darkened room with circling lights, Michael Quintanilla explained how his personal life has informed his reporting and how he remains viable in a changing industry.

Quintanilla, the pop culture and fashion reporter for the San Antonio Express News, spoke for roughly 90 minutes to a group of about 50, gathered in Old Main as a part of Mass Communications Week, Tuesday.

He explained how as a rookie reporter at the San Antonio Express News, he lacked an essential qualification. He couldn’t drive, a deal breaker for the fast-paced police beat he was assigned to, he kept it a secret from his editors. Luckily he had a willing cohort; a mom on call to drive him to late night crime scenes.

He described how early in his career a bigoted editor told him to give up reporting and become a hairdresser.

Brokenhearted, he briefly considered quitting, until his mother pulled out a pillowcase full of his stories dating back to his childhood. Written on bags, scraps of wrapping paper and napkins, the stories displayed talent and a singular passion.

“She taught me to say ‘yes’ to myself,” he said and admonished the crowd to take an openhearted approach to both life and work. “When you stop caring the passion stops,” he said.

Quintanilla shared stories, many written for the L.A. Times, which expressed a personal affinity for his subjects.

He became a caregiver for one source, Raphael Cordero, a man who was dying of AIDS. Keeping a diary of Cordero’s last 6 months of life, Quintanilla later used the journal for the piece “I Took a Look at My Soul the Other Day,” published in the L.A. Times.

Quintanilla also shared some personal essays, in which he brought some of his life’s defining moments to the page. In one essay he describes Mrs. Lazaro, a beloved 4th grade teacher, in another a vintage scarf rich with sentimental value.

Along with a trunk full of equipment he used to create the scene, he also brought a wealth of knowledge gleaned from years of reporting.

1.Listen to tape-recorded interviews with a critical ear. Do you interrupt the speaker too often?

2.If you see something interesting three times, it merits a story.

3.Carry a notebook and jot down interesting phrases or dialog.

6.Be aware that your reputation often precedes you and act accordingly.

7.Be willing to experiment with different mediums and with writing style, incorporate dialog and use first or third person.

8.Read your stories aloud and listen for rhythm and cadence.

His article on Mrs. Lazaro is here:
http://www.lazaro-consulting.com/josefinalazaro/enduringlesson.html