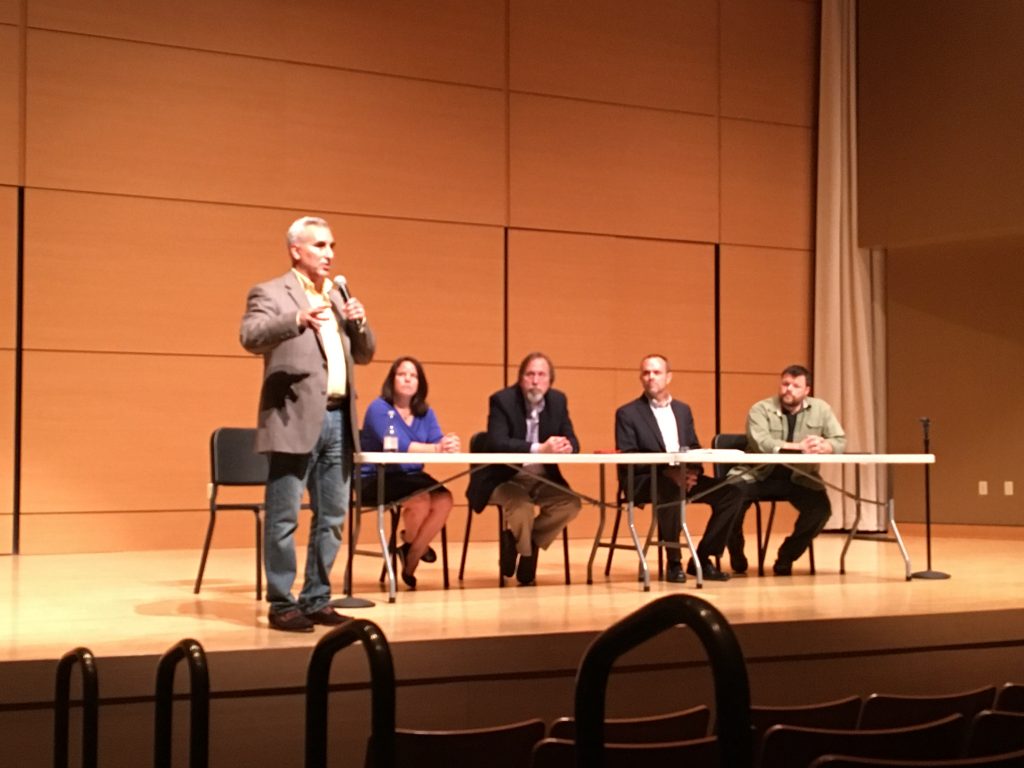 Picturing War Through a Different Lens

Journalism and military professionals visited Texas State’s Mass Comm Week on Monday to give a new perspective on what it is like to be behind the scenes of a battle field.

Civilians, journalists, and military officials experience the war from various standpoints. Students, like Marco Martinez, a senior, who attended the panel discussion now have new insight on the realities faced by combat journalists.

“Just imagining being in these journalists’ shoes is crazy,” said Martinez. “We never really take into consideration how photographers and reporters are affected by what they see and hear.”

The media and military work hand in hand to deliver to the nation coverage of the daily occurrences of war. As explained from the military perspective of the panel by William Nichols, a mutualistic relationship is formed between the two establishments and that bond is maintained through trust of credibility and truth.

“It is important for people to be informed and aware about what is going on overseas,” said William Thomas, a senior, who attended the event. “If there’s no trust or common understanding between the military and media, that information outlet is compromised.”

There are no precautions that can be taken to prepare oneself to be in the physical setting of a war, according to journalists Brien Aho and Sig Christenson. As they document the realities of war, they place themselves at the front line with no combat experience and their cameras and notepads as their only tool.

“I never really took into perspective how journalists covering the war voluntarily place themselves in life threatening situations,” said Adreana Gonzales, a junior, who attended the panel discussion. “They experience the dangers of war by our soldiers’ sides, they just see it through a different lens.”