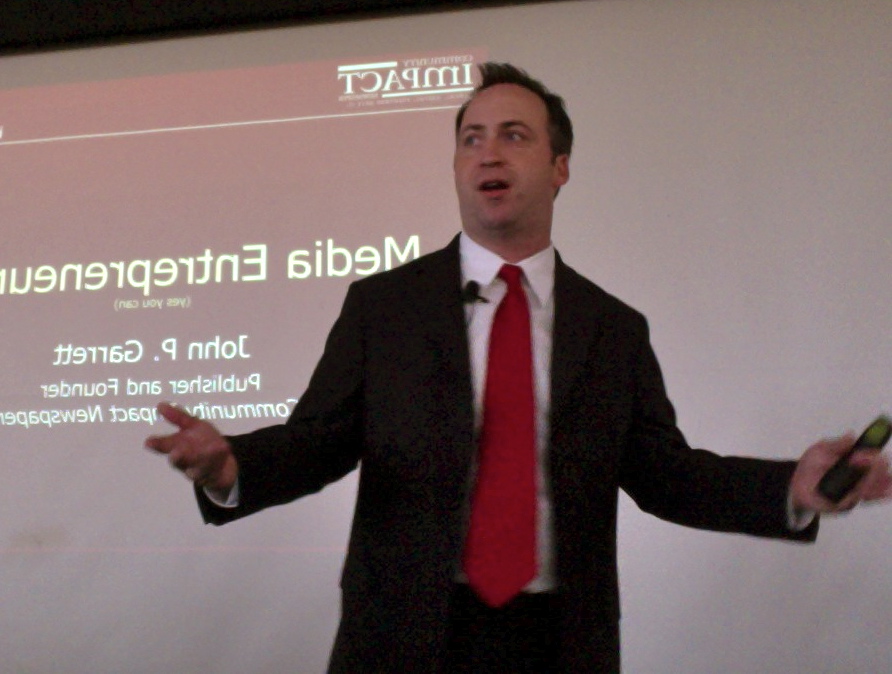 Print Is Not Dead

Garrett was one of the featured speakers during Mass Communication Week at Texas State. He talked to students about media entrepreneurship and how to succeed in the journalism industry.

Garrett said that hard work always pays off and the LIAR acronym is important for any prospective employee to follow.

The acronym stands for an individual who is like-able, intelligent, achievement oriented, as well as responsible.

“Cream rises to the top,” Garrett said. “Everyone sitting next to you, if they want to be successful, will try to beat you and be better than you.”

Garrett said he believes print is not dead and that there is a future for print journalism despite the controversy that surrounds the industry. He said the newspaper has survived longer than individuals who discredited its success.

“Steve Jobs was interviewed by the Wall Street Journal in 2006,” Garrett said. “(Jobs) said in five years newspapers would be dead. I just find it ironic that here we are five years later and who’s dead – Steve Jobs, he’s dead and newspapers are still alive.”

The audience gave a gasp and didn’t know how to react, but then laughter slowly came from the crowd and the tension was broken.

“I know talking about dead people is not fun,” Garrett said. “But let’s just get real here.”

Garrett then went on to talk about how faith, passion, quality, as well as innovation and integrity will bring any individual success in their choice of career.

“It’s not about being a perfect business or perfect person,” Garrett said. “It’s about understanding what we value.”

“I never heard of the LIAR acronym and I thought that was pretty cool,” Brown said.

Dalida Umuhire, mass communication and advertising senior, said she was interested in what Garrett had to say. She said she really enjoyed the conversations that surrounded topics about starting a media-based company.