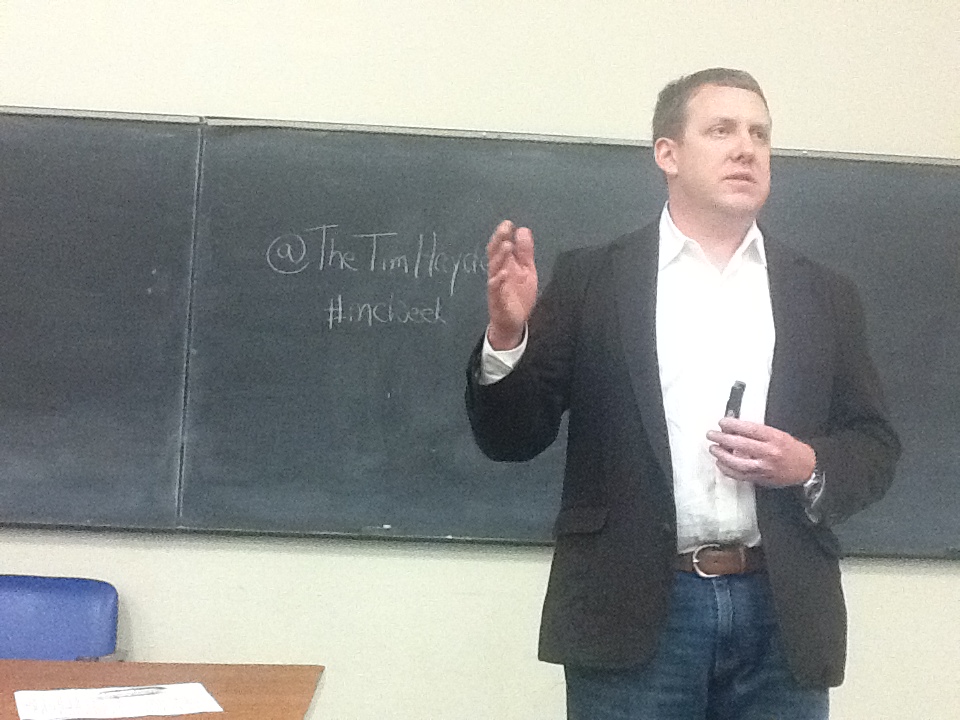 The Future of Smartphones – Science Fiction? or Reality?

By Chris Eudaily
“Everything you know about social media is about to be turned on it’s head.”

Tim Hayden, chief marketing Oofficer for 44 Doors, a mobile marketing company based in Austin, said that America is about to take another jump in the realm of smartphone capabilities. And that scenes like the one in Minority Report when Tom Cruise’s character walks into the GAP and the store immediately knows who he is and what he last bought, are not as far from reality as we might think.

Hayden said that one of the newest developments in smartphone technology to hit the U.S. – which is already widely used all over the world – is near field communication, which allows devices to communicate with each other.

Hayden said that Starbucks locations are close to rolling out this technology, which would allow you to simply swipe your phone to purchase your coffee instead of having to pull out your wallet.

Another smartphone technology, which has been already easily integrated into our worlds with the use of programs like Google Maps, is augmented reality.

Augmented reality works through the lens of your phone and is a way of layering data to build on what exists in the real world.

Hayden said to look at Google Maps for example: You are able to look at a street view of wherever you want to go and see graphics attached to restaurants and other shops which give you reviews and other relevant information.

Hayden also added an example of an interactive movie poster: You could walk up to a poster for a movie and hold up your phone. As the phone recognizes what you are looking at and interacts with the poster, the connection triggers a movie trailer which seems to be playing right out of the poster.

With the leaps and bounds in mobile technology, it is possible that almost everything around us will be turned into an interactive interface. Take billboards for example.

Hayden said that as the recession continued, people questioned the advertising value in billboards, but now interactive marketing is giving them a facelift.

Don’t be surprised if the billboards on IH-35 start to look like Time Square in New York City.