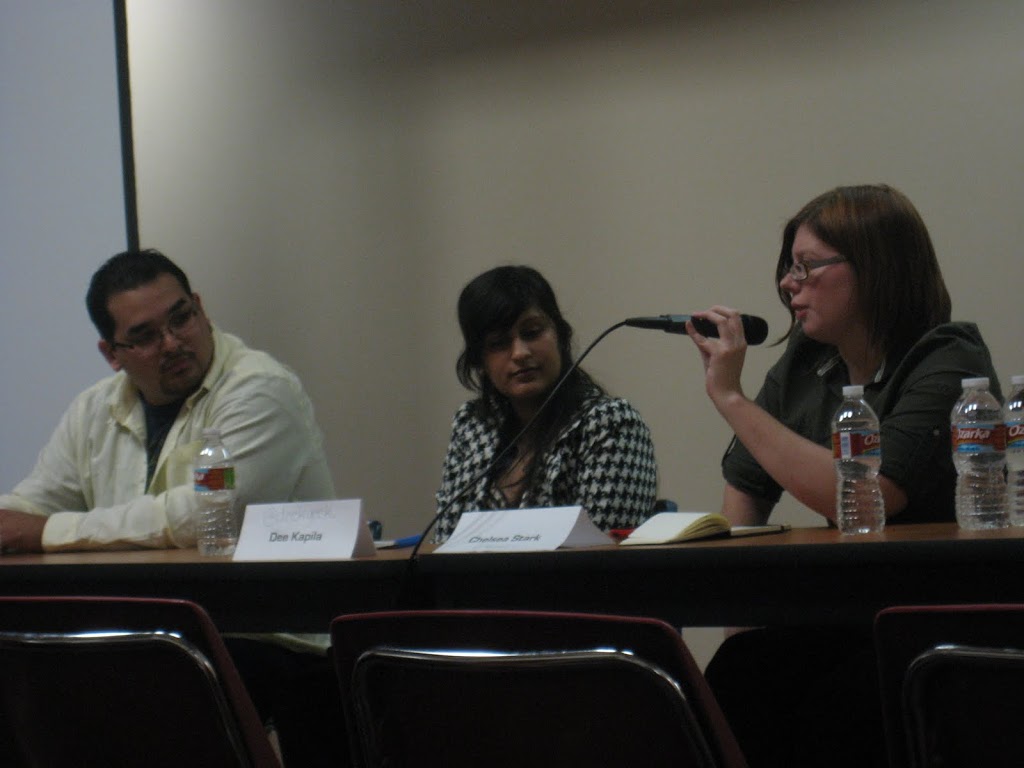 SAN MARCOS, Texas — New media is for the broad-minded, according to three broadcast professionals who spoke in Monday’s panel on “Utilizing New Media in the Broadcast Industry.”

The experts shared their experience with social media in their respective media outlets and answered students’ questions on the topic.

“If you have the story, the photos and the video and no one else does, guess who’s coming to read you? Everyone,” Ruiz said. “If you provide information and do it in the right way, people will respect that.”

Dee Kapila, from KUT public radio in Austin, focused on the significance of honing social media skills in order to obtain a job in the media industry.

“Regardless of what you’re doing in your life, you need those (Web) skills,” Kapila said. “You have to simply be willing to try and see if (social media) will work for your job.”

The professionals discussed how using sites like Twitter and Facebook as tools are vital to honing social media skills. Chelsea Stark, KEYE-TV Web producer, said it is easiest for college students to gain these skills.

“Because you are young, you have all the skills,” Stark said. “People who don’t care about the Web will have a hard time finding a job.”

Stark said she did not get involved in social media until she was laid off from KEYE-TV.

“I saw Twitter and Facebook as something fun at first, but then I made connections and was hired back,” Stark said.

“I originally started as a print journalism major and transferred to electronic media,” Phan said. “Since then, I started learning things that would help me utilize the Internet — Twitter and Facebook — that would help me bring together a community.”

Ruiz said the audience is the most important factor to consider when using social media.

“The best thing you can do is engage your audience,” Ruiz said. “People don’t want to be talked to anymore — they want to be part of the conversation.”

Stark said one of the biggest challenges she has faced in the broadcast industry is trying to convince management to use social media.

“Some mindsets of people in the newsroom are that there’s no value to social media,” Ruiz said. “They don’t want to try it and they think it’s a time suck. However, it’s something we need to consider in getting the information out there.”