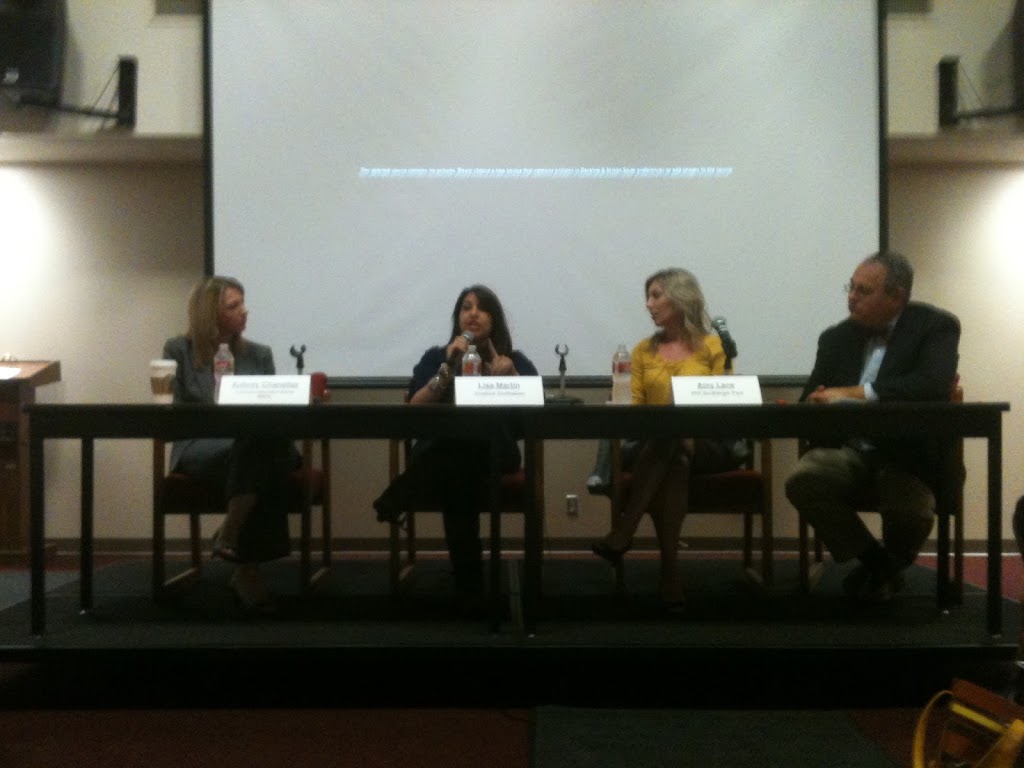 The 3 faces of PR: agency, education, and non-profit

Entering the field of public relations

Lisa Martin said, “I think for me PR…was a little scary for me, kind of daunting.”

Lisa said she was always a PR person at heart but didn’t realize it until she learned about the mass communication program at Texas State. Lisa stressed getting some experience under your belt before asking people to give you money to do what you do.

On the role of social media in public relations

Aubrey Chancellor said, “I have a love hate relationship with social media.”

She mentioned how social media can be a PR rep’s nightmare in her case because she deals with 68,000 students and many of them are able to inform a parent or member of the media about an incident via social media before she even knows what has happened.

On the other hand Aubrey is aware of how social media is a great way to keep parents and the media up to date. Whether it’s a random uncooked chicken nugget or just the time and location of a school event the immediate communication of social media is a benefit.

On dealing with PR nightmares

Amy Lane describes one of her biggest PR nightmares that happened when she was planning to promote a Farm to Fork event which advocates healthy eating and environmental awareness. The plan was to restore native grasses to 7 acres of grassland in the park. Unfortunately, the farmer who had been hired to grow the grass had a crop failure and was drastically short of the quota.

She was left with 600 volunteers and barely enough grass to plant for 100 people. Torrential down pours, which pushed the event back another week, didn’t help matters either.

Amy said, “Every time you think you have everything lined up…things happen and you just have to roll with them and keep a smiling face.”

All of the information and press releases that were sent out to the public had to be re-written and
republished because the restoration project was clearly going to be much smaller than anticipated.

Amy solved the dilemma by finding other activities for the volunteers to help out with. Luckily the doggy park had plenty of…fodder, that needed to be dealt with.

The panel emphasized the growing potential and opportunities developing in San Antonio in the field of public relations. And that while Austin is a great city and often the “sexier” city, San Antonio is dedicated and active in promoting positive PR for it’s community.