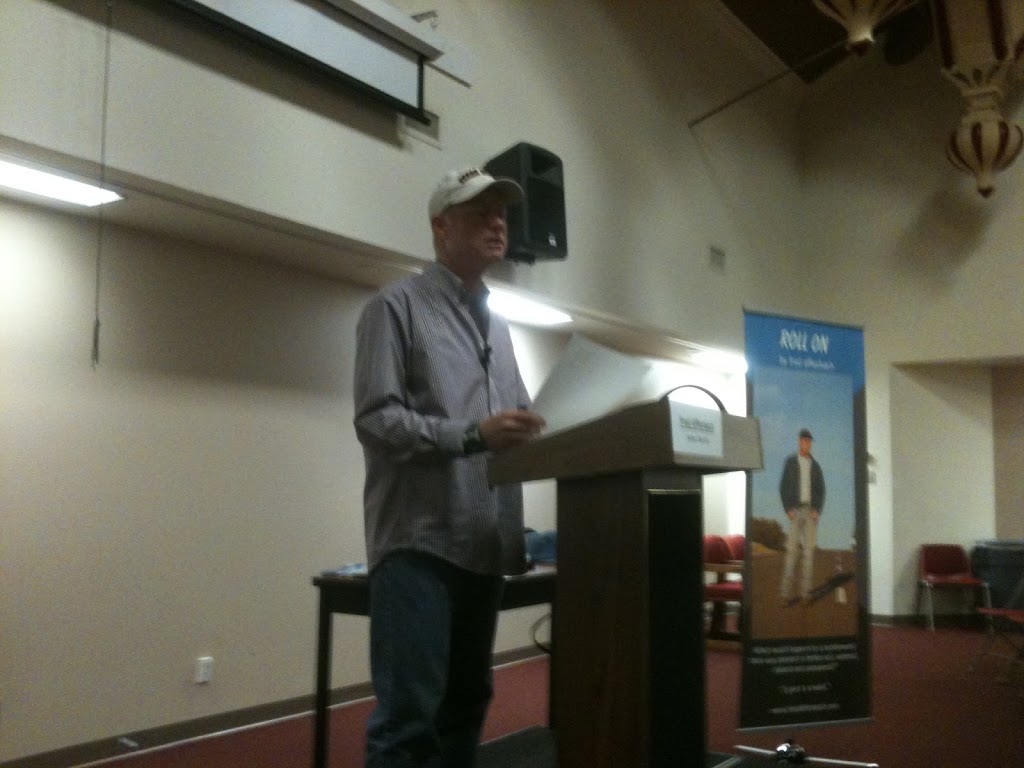 The long haul from trucker to journalist/novelist

Fred Afflerbach, author of “Roll On,” stopped by Old Main Tuesday evening to share his experience of going from truck driver to journalist/novelist.

After one semester at Southwest Texas State University in 1975, Fred felt that he had had enough of college and decided to learn how to drive a big rig. A few years later, Fred left for Chicago with enough money to buy his own truck.

As soon as Fred became a truck driver/owner operator, he immediately became fascinated with the knowledge and camaraderie among the veteran truck drivers and the sights they had seen criss crossing the nation that people with desk jobs rarely got to see.

Fred explains the need to be free and the freedom that the road offers by comparing modern day truck drivers to the Spanish explorer Cabeza de Vaca. After surviving a shipwreck in 1527 Cabeza de Vaca wandered around the Southwest for eight years trying to find a way back to Spain.

Once he did, he petitioned the king and queen for funding to travel back to the Americas. Fred says that sense of adventure is at the heart of every truck driver pounding the highways.

He mentions the ferry boat drivers traversing the Mississippi, the cowboys driving herds of cattle on the Chisolm Trail and the mountain men and fur trappers of America’s west as other links between history, freedom and the road.

“…and in that, I saw these truck drivers as the descendants.”

In 2003 Fred hung up his trucker hat, sold his rig and went back to school. He started back at Austin Community College but felt he had some unfinished business at his old college, now Texas State. Fred graduated in 2007 and went on to write about his adventures from the road.

Fred’s book, “Roll On,” is a fictional account of Ubi Sunt, a long-time hauler who drives an old model Peterbilt named “Old Ironsides.” After he loses his wife, Ubi takes back to the road to visit his only daughter and his two grandchildren. Ubi is faced with the choice to give up trucking and settle down or face missing out on the lives of the only family he has left.

Ubi Sunt represents many of the dynamics that truck driving and being a truck driver represent. Long lonely hauls across the states. Vast stretches of time without seeing family. Not to mention the being the wiley ole’ veteran that knows the rules of the road and every trick in the book to get the haul to its destination on time.

Although a fiction novel, “Roll On” undoubtedly embodies Fred’s own experiences from the road as well as the experiences and stories from the veterans who traversed the lower 48 in search of freedom on the open road before him.