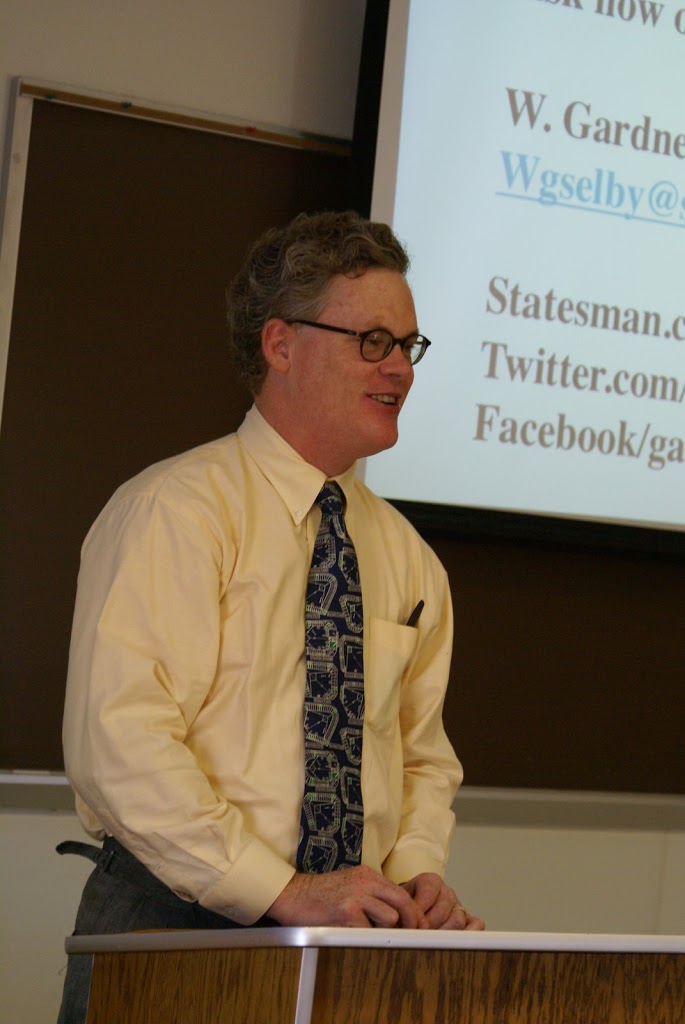 Whenever a person enters the political arena as a candidate running for office all gloves are off. Political writers are presented with the important task of letting the public know every facet of a candidate’s life, the good as well as the bad.

W. Gardner Selby, chief political writer for the Austin American-Statesman, has been in the political writing scene ever since he covered his first legislative session back in 1983. Selby has written in the past for such newspapers as the San Antonio Express-News, The Daily Texan, the Wichita Eagle-Beacon and the now defunct newspapers Washington Post – Southwest Bureau and the Houston Post.

Taking time out of his schedule, Selby spoke to a crowd of 20 people Wednesday morning about his job covering candidates.

Selby’s session, “Politics and the Paper Trail,” focused on discussing his thoughts about the impending presidential election, included anecdotes about covering candidates and offered advice on how to obtain information through paper trails.

Throughout his hour speech, Selby touched on what kinds of paper are in every campaign and went on to highlight prime examples that reporters have discovered over the years. One example he included was when a reporter uncovered that Lena Guerrero, former State Representative and Texas Railroad Commissioner, did not in fact graduate from The University of Texas at Austin like she alluded to.

“There are always things you can chase down, given time and resources,” Selby said. “Find out what you want to know personally about a candidate.”

Selby suggested to start from the bottom up by finding out a candidate’s life story and to always remember the rule of fox.

“Ask everything you can think of,” he said. “The worst they can say is no. You need to keep your ears up the entire time.”