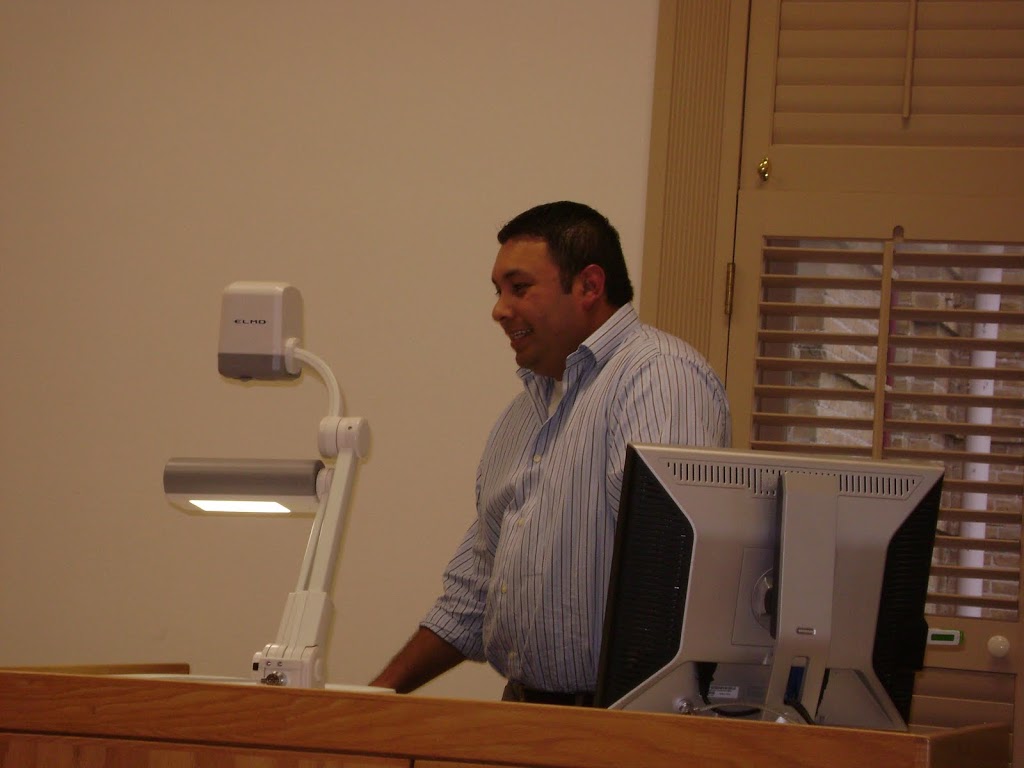 Social issues involving the mass media were at the heart of Tuesday’s graduate research panel.

Tom Grimes, a professor in the school of Mass Communication and Journalism, hosted the panel during his class in Old Main before an audience of both graduate and undergraduate students.
“This is what graduate students do,” Grimes said in his short introduction before the speakers.
David Tarasi, graduate student and Kym Fox‘s teaching assistant, focused his presentation on research he has done in desensitization through different forms of media.
“What are we selling kids and what are we telling kids,” Tarasi said.
Tarasi backed this statement with statistics, saying that studies have shown that nearly 80 percent of rated R movies are targeted to the under 17 crowd. However, Tarasi did make the distinction that just because we are exposed to violent or bad images does not necessarily mean we will go out and do as we see.
“I don’t think at age 7 you imprint upon everything,” Tarasi said after describing different, suggestive scenes from children’s movies.
Tarasi ended the presentation with the suggestion that there needs to be more of a moral responsibility taken on the part of parents.
Second speaker Lydia Saldana, communications director at Texas Parks and Wild Life magazine and graduate student, presented her research on minority representation in hunting and angling magazines.
Working for Texas Parks and Wild Life magazine and being a Latina, this is an issue that Saldana felt needed addressing. After collecting different magazines across the United States from 1996 to 2006, Saldana was shocked by the results.
“Mexican Americans were grossly under represented,” Saldana said. She understands that getting the representation exactly right is almost impossible, but thinks “(magazines) need to be fair with the demographics.”
Robert Hill, the final panelist and research assistant for Dr. Frederico Subervi at Texas State, was also concerned with minority issues in his graduate research presentation.
“I learned more by doing the research than the research itself,” Hill said, describing the many barriers and obstacles that he encountered from the Hispanic community. Hill’s research was on the vulnerability of the Spanish dominant Latino population in Austin, however, Hill found his subjects were not so much a random sample as a “convenience” sample.
“Learn from the problems you encounter and it will make you a better researcher,” Hill said, closing his presentation with the optimism that these type of research studies can be done year after year because the culture changes so much.
Pictures by Aimee Villalobos (Bottom Right: David Tarasi, Top left: Robert Hill, Bottom Left: Lydia Saldana)
jonzmikly
1