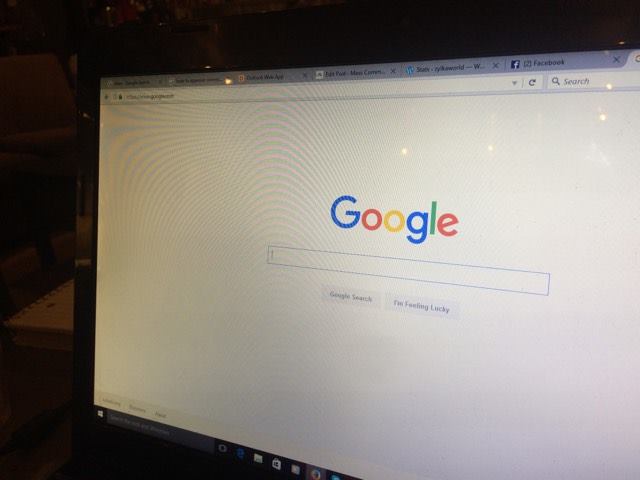 Nick Whitaker talks about how Google is still changing the world

Technology is always changing, and journalists must learn how to change with it in order to keep the world spinning and informed.

Texas State’s Mass Comm Week centers on teaching students how to thrive in a world where journalism is always changing. Nick Whitaker, training and development manager for Google’s News Lab, spoke Wednesday about how the company stays relevant through modern journalism.

Whitaker said he travels around the world helping aspiring journalists improve their storytelling skills. He said students have been worried about how they can make money through the world of social media.

“I want to be able to change (people’s) mindsets from anxiety and concern to excitement,” Whitaker said.

Jonathan Zmikly, senior lecturer at the School of Journalism and Mass Communication at Texas State, said he was excited to have a Google representative specifically talk about the future of technology and how to use it.

“I love that Whitaker spoke about virtual reality,” Zmikly said. “Google has a lot of tools that a lot of us don’t necessarily know about.”

Whitaker said more technology is adapting and changing the world for the better. He said these new mediums are perfect for connecting with people who have interesting stories and lives.

“All new stories happen in some place,” Whitaker said. “Tools that are now becoming available are telling those stories.”

Zmikly said he wanted to have a speaker from Google elaborate on how the company uses information and data to tell stories in new and creative ways.

“I think social media and digital technology has allowed (connecting with people) to happen on a much larger scale,” Zmikly said. “It’s great to see Google be part of that.”

Whitaker brought a 360 degree camera used in his projects and showed its functions in front of Texas State students. Carl Votti, a student at Texas State, attended the event and volunteered to take a picture with the camera of everyone at the event.

“I thought (Whitaker) was really informative,” Votti said. “He really broadened my horizons with how to work with digital technology.”

Whitaker said working for Google has been an amazing job because of all the connections and access it offers.

“(Google) gives you a scope you can’t get anywhere else,” he said.