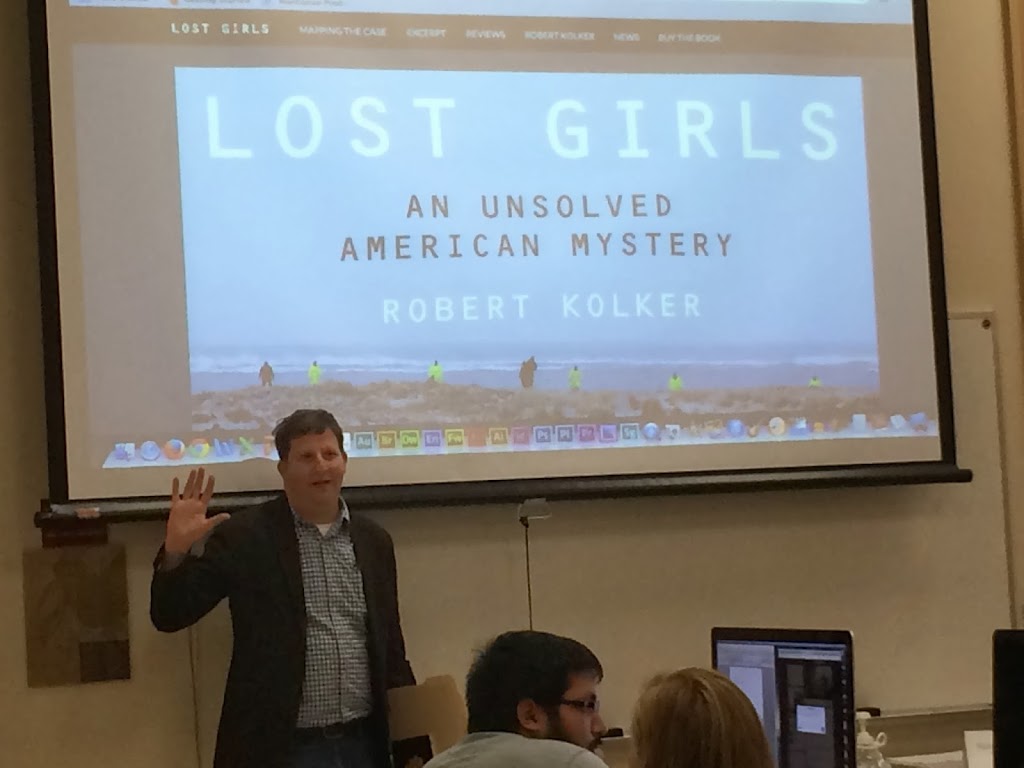 By Nicolle Beltz
Robert Kolker, a contributing editor at New York magazineand author of “Lost Girls”, visited Texas State University this afternoon to speak with students about the importance of using visuals to tell a story. Kolker’s discussion focused on his most recent nonfiction book, “Lost Girls”, which explores the lives of five Long Island prostitutes who were found murdered over a span of many years.
“Pictures help tell a story with many different characters and many different story lines,” Kolker explained. As a contributing editor, he fought for the front cover of New York magazine after he wrote his first article about “Lost Girls”. Kolker “… didn’t want the cover to be something you’d find on a magazine at the supermarket about the latest slashing of the week… I wanted the design to send a message,” he said.
And send a message it did. “I immediately wanted to know more,” Hannah Stevens, a junior mass communications major said after seeing the cover. “I wanted to open up the pages and see what those names stood for. I want to know who those women are.”
Stevens wasn’t the only one impressed by New York magazine’s cover. “Coming into this panel, I wasn’t expecting much,” Daniel Caplan, a sophomore journalism major said. “But I thought the way they chose to do the cover for New York magazine was really clever. It caught my attention and I think it was a good way to draw in an audience.”
Visit Robert Kolker’s websiteto learn more about him and his nonfiction book, “Lost Girls.”
Nicolle Beltz is a senior journalism major at Texas State University.