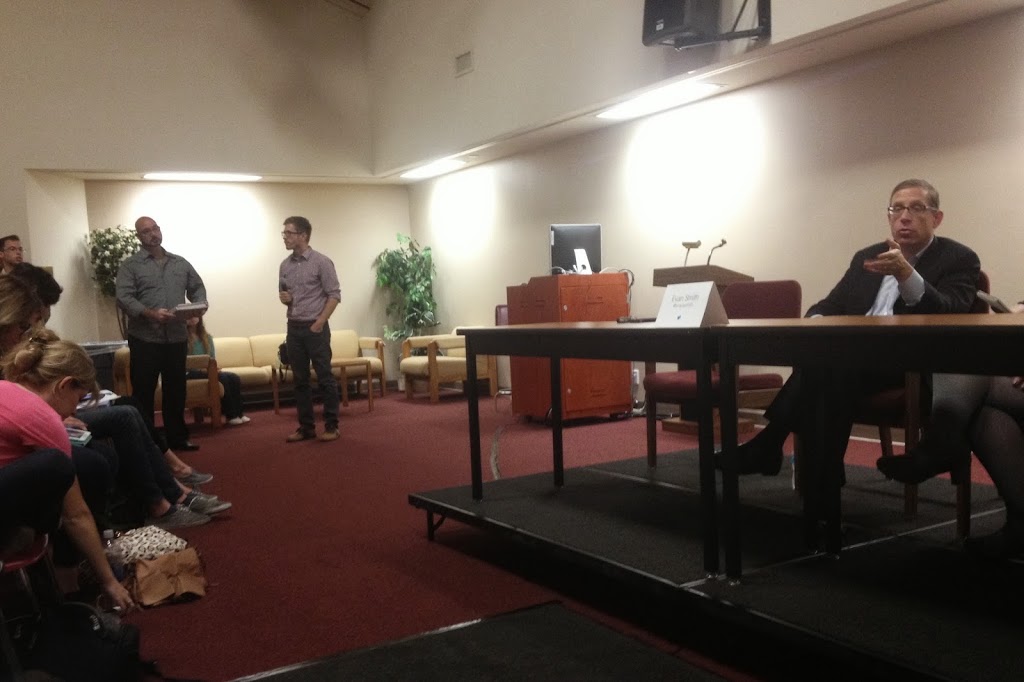 Texas Tribune CEO and Editor Evan Smith spoke to students today on the topics of bipartisan journalism and technology skills for emerging journalists.

The Tribune, a nonprofit that seeks to engage and inform the Texas electorate through the use of  interactive data, is an example of a new journalism model that employs the use of technology in storytelling.

“The great thing about journalism today is that you have easy access to technology,” Smith said. “You have the ability to, in a day or two, become as important as the New York Times in terms of the brand you’re building and the content that you produce, and that’s only slightly hyperbolic.”

Mass Comm senior Nicholas Raven said the use of technology has become indispensable to him, both in the practice of journalism and in his daily life.

“My favorite part of Smith’s lecture was his statement that the technology revolution is over,” Raven said. “It’s now reached the point where it’s become totally ingrained in our society.”

Smith also addressed the challenge of succeeding as a nonprofit while maintaining nonpartisan standards. In order to remain nonpartisan, the Tribune maintains a standard of transparency when it comes to disclosing its donors, and does not hesitate to publish stories bringing their shortcomings to light.

“A lot of people think nonpartisan journalism is like jumbo shrimp: a little oxymoronic,” said Smith. “But I think we’ve proven that we can report fairly on these issues without choosing sides.”

The Tribune does not endorse parties or candidates, and only seeks to provide a platform to inform voters, said Smith.

Evan Smith describes what he looks for in a prospective intern: