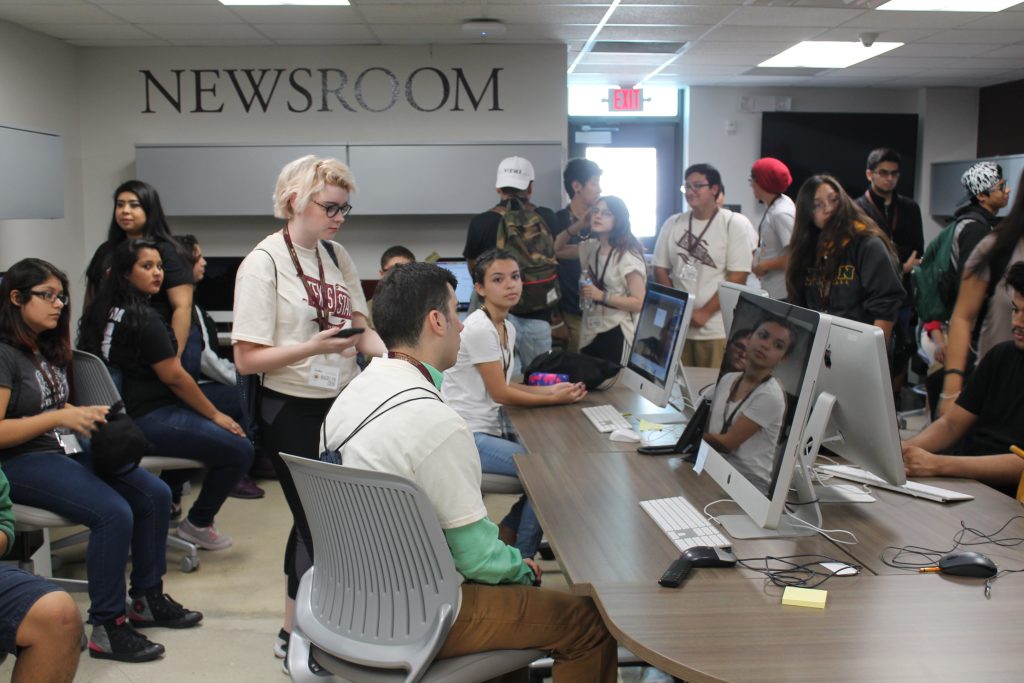 Mass Comm Week is coming to a close, but the best has been saved for last as the newly renovated co-location of The University Star and KTSW 89.9 was revealed at the Student Media open house Thursday.

Judy Oskam, the director of the School of Journalism and Mass Communication, says the merging was industry-driven.

“It is the future, it is what news and media operations are doing now,” said Oskam. “They are co-locating, they are working together.”

This co-locating provides the opportunity for collaboration, Oskam said.

Dan Schumacher is the faculty adviser for KTSW, which has moved locations three times over the past year to accommodate construction.

“It’s been a little disorienting and chaotic at times,” said Schumacher. “Because during the process we’ve had to keep a radio station on the air and functioning.”

Schumacher said that the real challenge was trying to “keep things normal” during the transition but that the students were fairly flexible.

“Next week we’ll start with our first performance live from this studio,” said Schumacher. “I’m thinking that’s really going to get them psyched.”

Emily Sharp, editor-in-chief at the University Star, said they are also psyched about working in the new space after being relocated for the summer.

“The more we’re in it, the more we love this space,” said Sharp. “It’s been really great.”

Being surrounded by people who share similar interests has also opened the door for finding new ways to collaborate, Sharp said.

“I think you’re going to see really big growth and improvement of the types of stories that these organizations are putting out,” said Sharp. “Since we are only once a week in print now, that provides the opportunity to only showcase our best stories.”

Because of the collaboration, Sharp said to expect bigger and better events in the future.

“I’m just excited to be here and I’m glad that I’m here in a time that has so much opportunity available,” said Sharp.